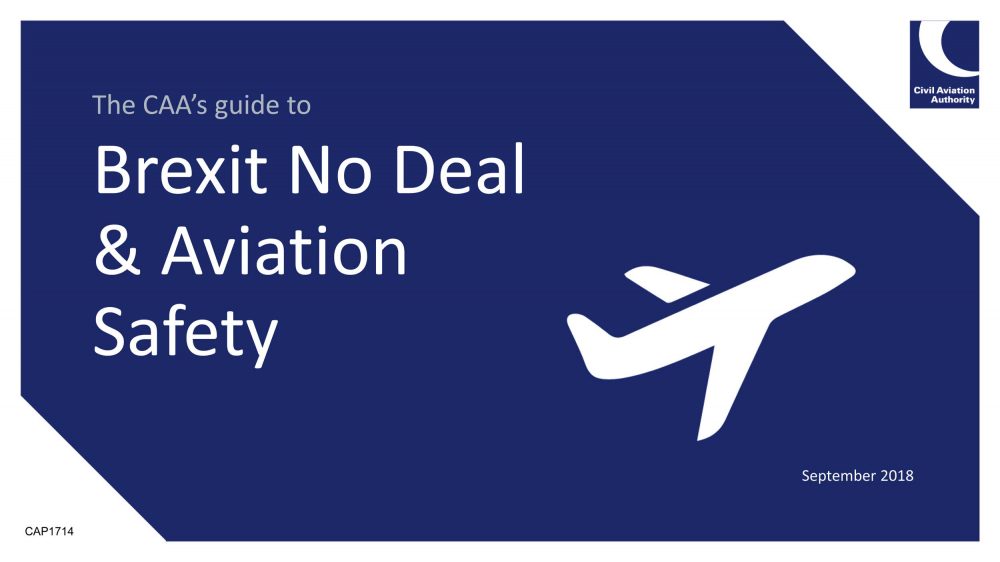 With Brexit negotiations seemingly stuck, where does that leave aviation should the UK exit the European Union next year without a deal in place?

The CAA has launched a Brexit No-Deal microsite to help pilots, aircraft owners and the aviation industry prepare.

Some examples given by the CAA:

The CAA’s views are based on the Government’s technical notices, and are subject to current understanding about the Government’s policy and how it would incorporate the EU aviation body of law into UK law under the Withdrawal Act.

“The microsite will be updated frequently with new information for our stakeholders. We urge you to keep abreast of relevant updates.