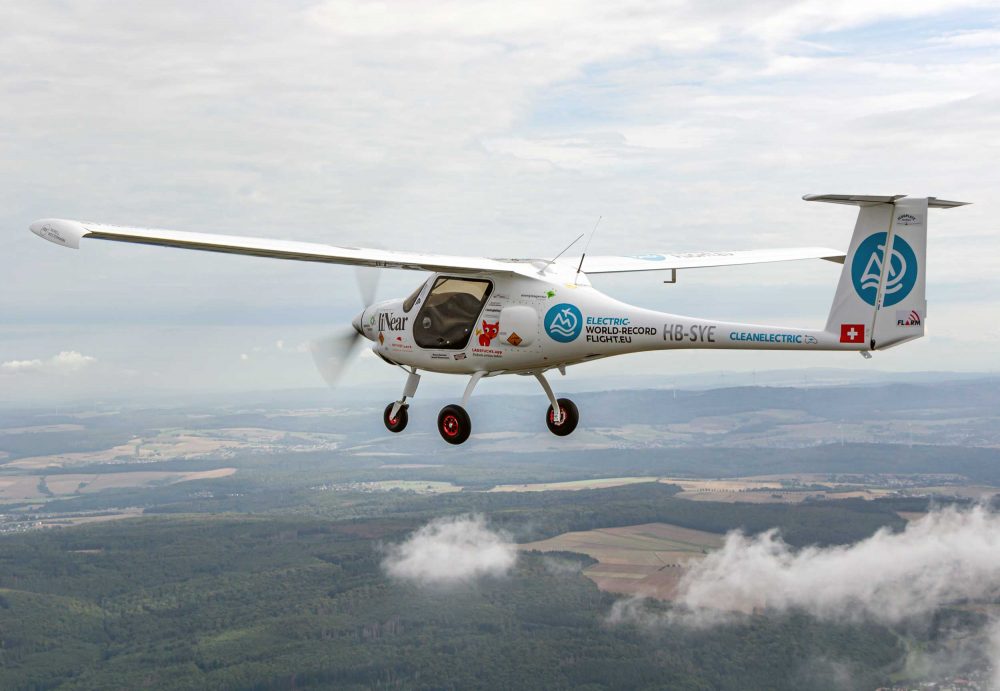 The flight was from Schanis in the Swiss Alps to Norderney, an island off the North Sea coast of Germany. It was over three days allowing for recharging stops along the route, provided by a ground crew driving two chargers ahead of the aircraft.

The results were documented by Swiss ElectroSuisse and have been submitted to the FAI (Fédération Aéronautique Internationale).

The team calculates that over the entire distance, the Pipistrel Velis consumed the energy equivalent of 19.58 litres of diesel.

3 Fastest average speed over 100km: 136kph on the route from Lahr Airport to Karlsruhe/Baden-Baden Airport.

4 Smallest number of intermediate stops over a distance of 700km: 11 (without start and finish).

Two other records they hoped to set, highest flight altitude ever reached with an electric aircraft and fastest climb rate were planned for Norderney but could not be flown due to the weather.

The team flew a Pipistrel Velis Electro belonging to Swiss flight school owner Marco Buholzer. His flight school, Pitch Power, operates the Pipistrel from the town of Schanis, deep in the Swiss Alps, south-east of Zurich.

A small step for an airplane but a huge leap for electric aviation!

We reached Norderney. Thanks Team! Thanks Community and Sponsores and Media for the huge Support! pic.twitter.com/jWxmUpTbyP