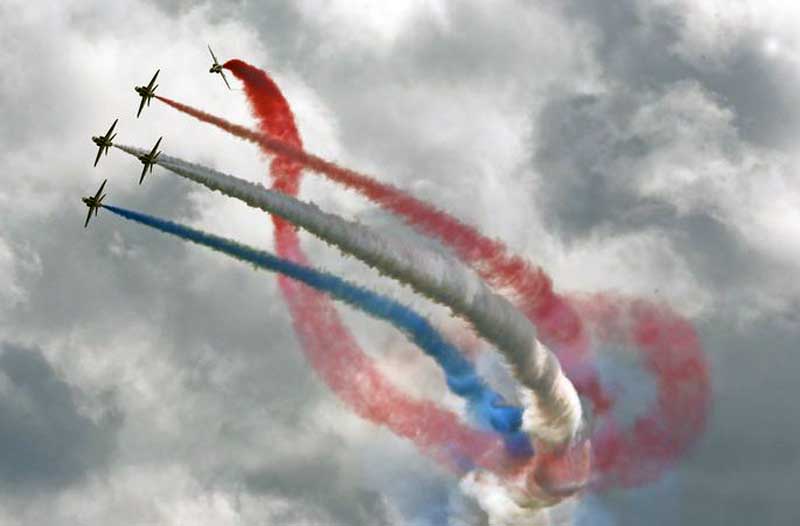 The pilot who flew his Gazelle helicopter through a Red Arrows display at Old Warden in May this year has been fined £2,500 and had his pilot’s licence suspended.

Luton Magistrates’ Court heard Andrew Kane (62) from Leighton Buzzard, flew his Gazelle helicopter into restricted airspace, put in place to protect the Red Arrows’ display, at an air show at Old Warden aerodrome in Bedfordshire in May this year. The RAF display team had to abandon the routine.

Kane pleaded guilty to the offence at a hearing on 9 August 2016, as well as an additional charge relating to inadequate preparation for his flight.

In passing sentence, the Chair of the Bench said both offences were extremely serious. Mr Kane’s pilot licence has been suspended by the CAA since the incident occurred.

The CAA said that it was determined to tackle the problem of pilots infringing restricted or controlled airspace, in order to protect public safety. Pilots are legally obliged to check for any airspace restrictions that may affect their journey as part of their pre-flight planning routine; such information is readily available through multiple sources.

The charges brought against Andrew Kane were:

(1) On 8 May 2016, being the commander of aircraft on a flight from Cromer to Stanbridge, Bedfordshire, Andrew Kane did not take all reasonable steps to satisfy himself that the flight could safely be made taking into account the latest information available as to the route before the aircraft took-off in contravention of Articles 86(2) and 241(6) of the Air Navigation Order 2009.

(2) On 8 May 2016, Andrew Kane was the commander of an aircraft which flew within restricted airspace in the vicinity of Shuttleworth Old Warden aerodrome, Bedfordshire, in contravention of Regulation 3(1) of the Air Navigation (Restriction of Flying)(Jet Formation Display Teams)(No. 3) Regulations 2016 and Articles 161(4) and 241(6) of the Air Navigation Order 2009.