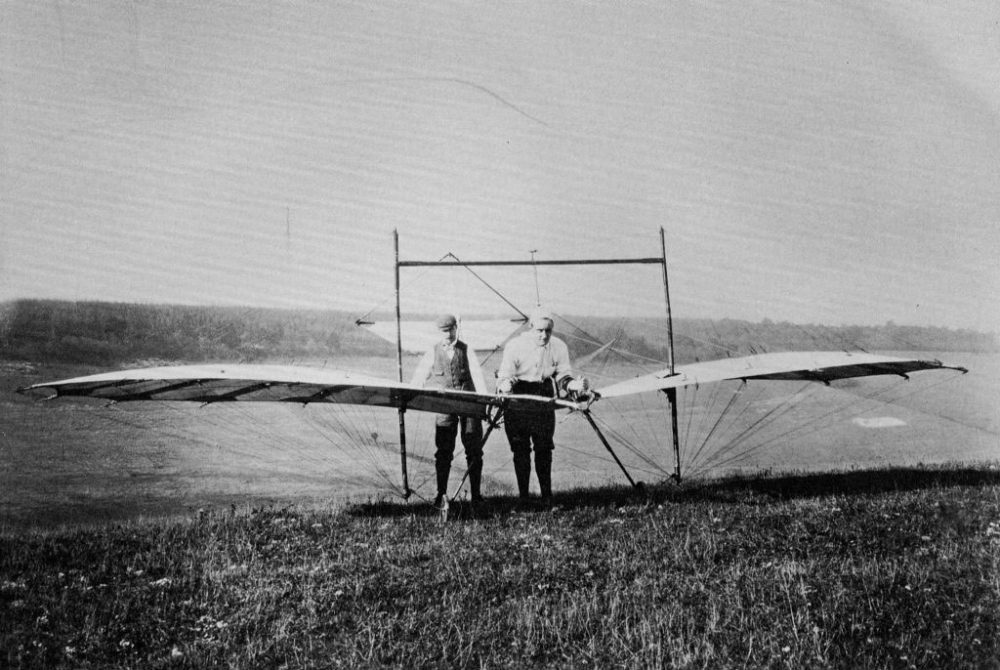 Imagine aviation history re-written… instead of the Wright brothers being the first to fly a powered aircraft in 1903, it could have been Britain’s Percy Pilcher four years earlier. Pilcher had successfully flown a series of gliders and planned to give a demonstration flight with a motor attached. But on the fateful day, the engine’s crankshaft broke.

Instead, Pilcher decided to give onlookers a demo of his latest glider, the Hawk, which he had flown before. The weather was far from perfect and in windy conditions, the tail of the flimsy Hawk folded in mid-flight, the aircraft crashed and Pilcher was hurt, later to die of his injuries.

Now the Hawk has been lovingly and carefully restored and is about to go on display in Edinburgh, at the National Museum of Scotland.

Louise Innes, the museum’s principal curator of transport, said, “It’s an amazing aircraft to actually have survived. It’s just made from bamboo and fabric and weighs about 22kg. It’s a fragile thing. To be able to hang it up again, we have had to do a lot of very careful work. It’s taken about a year-and-a-half.”