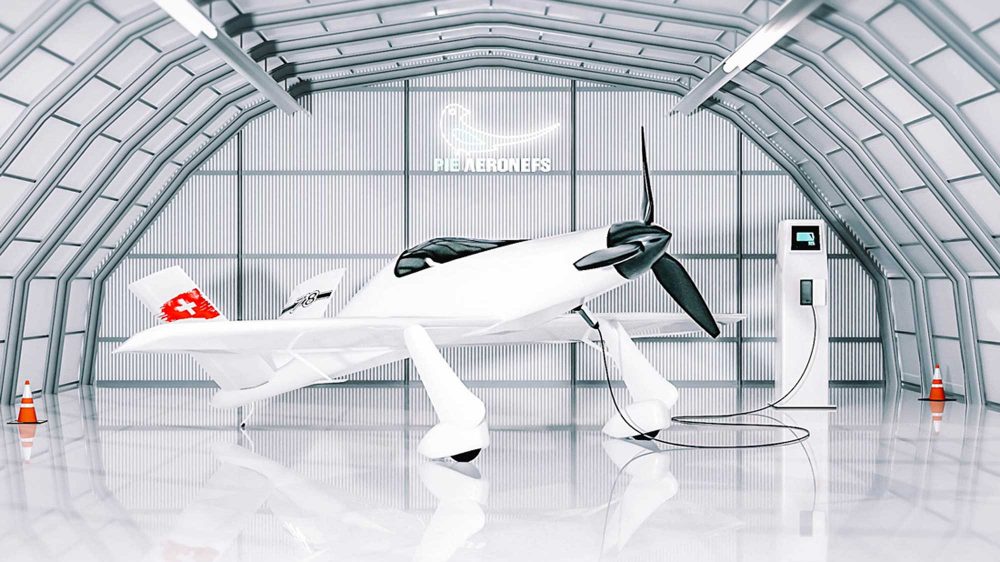 While some teams in electric race series Air Race E are electrifying an existing airframe, one team, Pie Aeronefs, is developing and building its entry from scratch – and intend the racer to be the start of a new aircraft manufacturing company.

Marc Umbricht, managing director of Pie Aeronefs SA, is both an engineer and keen pilot. He plans to race their aircraft, the UR-1, in two races in Autumn 2022 and hopes to break the world speed record for electric aircraft. That stands at 340km/h at the moment.

The UR-1 has a wingspan of 6.6 metres, a vee-tail for lower drag, and is designed specifically for air racing with a maximum speed of 500km/h (270kt), powered by a 200hp electric motor.

The batteries are inserted into the wings. Pie Aeronefs says its design depends on various factors. If the batteries are heavy, they must be cooled intensively. If they are small, the voltage will be higher and cause a lot of heat.

The developers found a happy medium in a battery system consisting of twelve flat lithium-polymer batteries that are 60cm long and have a capacity of 1.15 kilowatt hours. They are packed in heat-resistant material with cooling achieved with a water-glycol mixture.

A fire safety system developed in-house continuously monitors the temperatures of all the batteries and can automatically disconnect the affected modules if values become critical. Should a fire occur, smoke and gas will escape through exhaust pipes.

The team’s first attempt at the wing had to be redesigned, said Marc Umbricht.

“Our wing had to be rejected. It was still a difficult situation to deal with. We worked so hard and we felt like we’re starting from zero. But it is obviously not so. The design work, for example, is 90% completed.”

When the UR-1 takes off for the first test flight in April 2022, Pie Aeronefs will already be working on the development of the next models.

In addition to the UR-2, on which a new drive concept is to be tested, the team is pursuing another long-term goal: an electric aircraft for four passengers with the same performance as a conventional aircraft of the same category. This will remain in the air for four to five hours at a cruising speed of 200km/h.

The Swiss company wants to equip both the UR-2 and the four-seater with Distributed Electric Propulsion (DEP). This novel drive system consists of several electric drives distributed on the wing edge and provides three to ten propellers per wing.

Pie Aeronefs is also pursuing the development of a drive system for a business jet. It is still unclear whether this is to be designed as a fully electric or as a hybrid solution consisting of a combustion system alongside an electrical one.