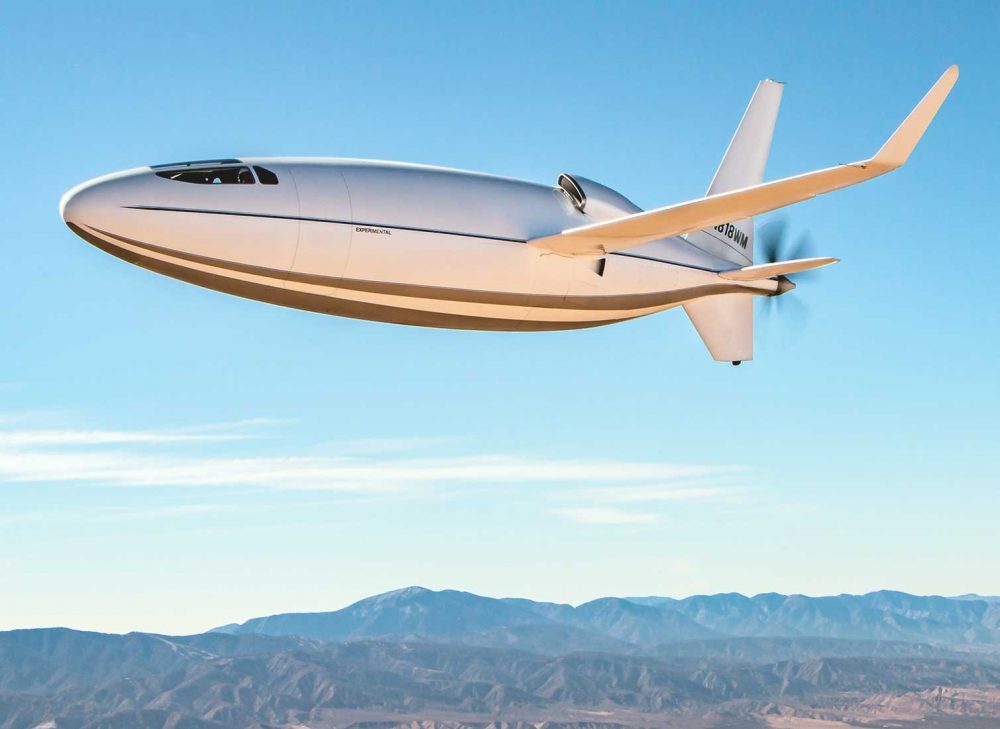 +VIDEO Laminar flow is the secret of the strange-looking Otto Celera 500L which claims to use much less fuel than a private jet but can fly nearly as fast with a long range and thus costs a fraction to operate.

So what is laminar flow? This is Bill Otto’s description: “Laminar flow is the minimum drag solution for aircraft surfaces, and features smooth layers of airflow with little to no mixing of adjacent layers.

“The design of the Celera fuselage takes advantage of an optimum length-to-width ratio to maximise laminar flow. These benefits will not scale for large jet transports and are therefore well suited for an aircraft like the Celera.

“Extensive use of laminar flow surfaces results in a ~59% reduction in drag compared to a similar-sized conventional aircraft.”

That means that it can achieve similar performance as a small business jet with one engine – the EASA-certified RED A03 liquid-cooled V12 diesel.

And that in turn means:

Otto says the Celera 500L can be used for private flights and also time-sensitive air cargo and express shipment routes, bypassing hubs and delivering direct to the end-user.

So who is Bill Otto? His bio says he began his career as a research scientist at Los Alamos Scientific Labs where he worked on tactical nuclear weapons, nuclear rocket engines. He then joined North American Aviation where he successfully led the Systems Engineering Group for the Minuteman Missile guidance system and conducted advanced torpedo weapons research. This was followed by being appointed Chief Scientist on the B1 Avionics Studies Programme, before launching his own company Otto Laboratories.