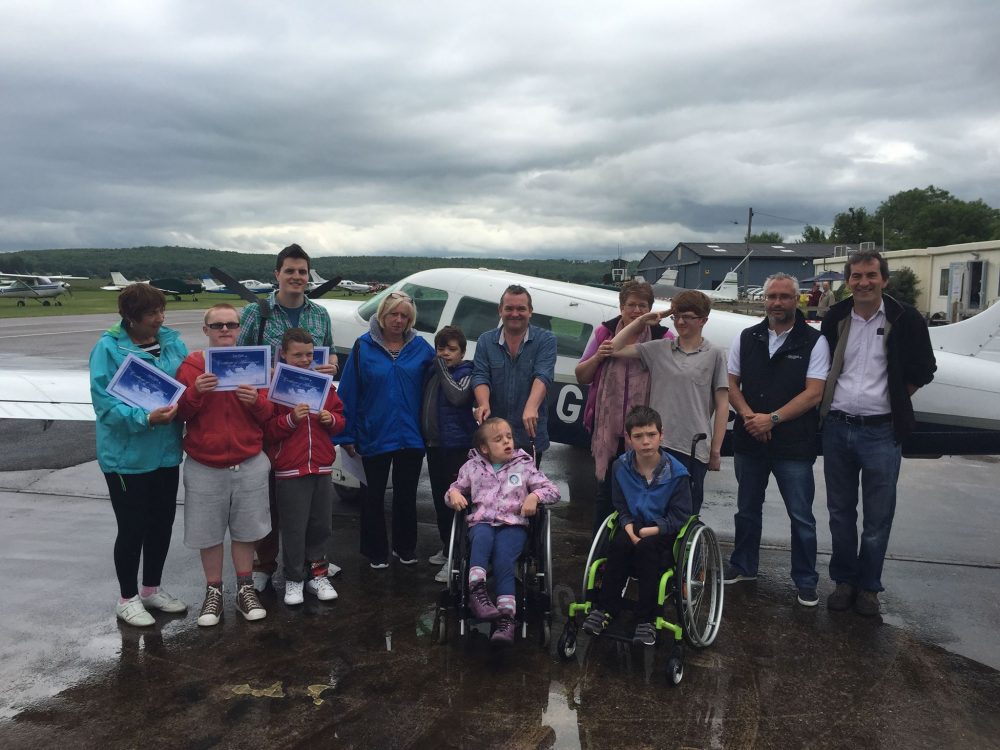 The Day is organised by UK charity Aviation Without Borders with most of the activity taking place on 18 June.

Aviation Without Borders’ objective is to follow in the footsteps of the French aviation charity Aviation Sans Frontières and emulate its record of almost 30 years of extensive charitable work. It is involved in four main activities: air cargo shipments of hum supplies, escorting sick children, aviation discovery days and aircraft missions in Africa.

One of the organisations, Helping Wings Jersey, is partnering with Wetwheels, a charity that does the same with boats as we do with aircraft. They plan to fly one group of kids to Guernsey, boat them back and boat another group to Guernsey and fly them back. “What a great adventure for the kids!” said Stan Stewart, chairman of AWB.

Last year’s event was affected by weather but many clubs simply rescheduled including Lancashire Aero Club at Barton Airport Its event was rescheduled for Saturday 15 July and was a great success. The sun shone on Barton and guests from Action for Children, Cheshire Young Carers, Quarriers and Reach. In all, 26 children and six carers were flown in 18 flights.

What a raffle prize! Spitfire flight