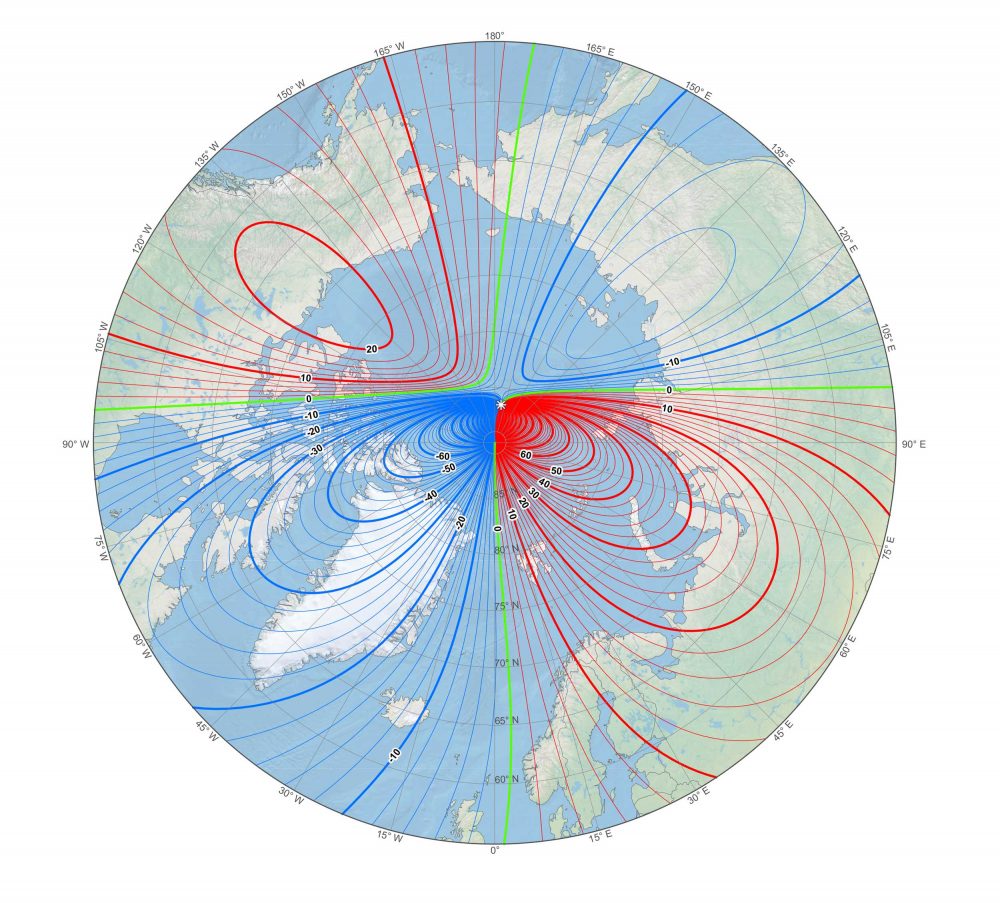 The Earth’s magnetic North Pole is on the move – faster than expected and heading towards Siberia.

The movement has been picked up by scientists at the British Geological Survey (BGS) and the American National Oceanic and Atmospheric Administration (NOAA), and forced a early update to the World Magnetic Model (WMM).

The WMM is used by aviation authorities, military, emergency and other services, mapping and surveying organisations, and many more.

It’s likely to affect aviation in at least two ways: allowing for magnetic drift when flightplanning, and in runway designation – the numbers at the threshold of the runway indicating magnetic direction.

The BGS has been tracking the Earth’s magnetic field since 1590 and currently uses a combination of satellite observations and ground magnetic stations.

The magnetic field is created by the swirling iron-rich fluid of the Earth’s outer core, roughly 3,500km below the surface.

“The ever-changing flow of the outer core leads to an ever-changing magnetic field,” says the BGS. “This is a complex process that we don’t fully understand the physics of yet, and so we have to update our model regularly.

“Since late 2014 the core field has varied in an unpredicted, and currently unpredictable, manner,” continues the BGS.

“This led to the WMM becoming less accurate, particularly at high northern latitudes, much faster than normal, and so we released an update ahead of the next regularly scheduled WMM release.”

Jeppesen charts and navdata for ForeFlight