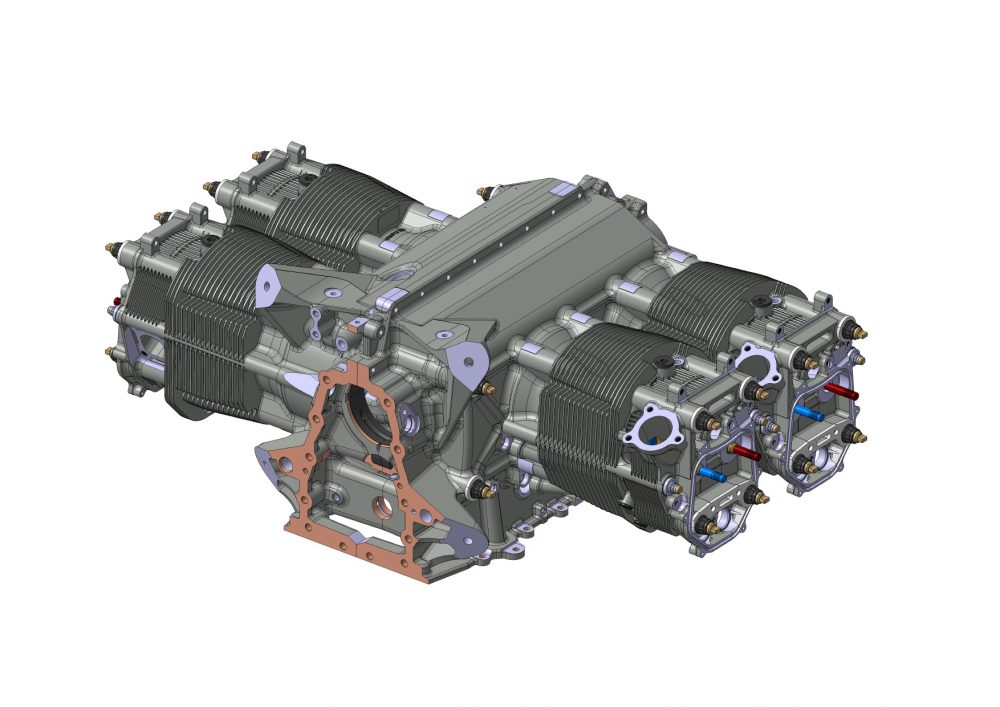 Northants-based Ilmor is renowned for producing championship winning engines for Formula 1 and IndyCar and has a growing aerospace capability.

The programme had two aims. The first and very demanding challenge was to improve power density on a certified engine by increasing power and reducing weight while also maintaining fuel efficiency.

The second was to identify and apply new design techniques and technologies. The project’s remit was not to create an airworthy, certifiable power plant.

Ilmor met the initial goal to reduce mass and increase cooling performance to permit the engine to operate at a higher power output for the duration of its life.

The overall mass of the engine was reduced by 2.6%, mostly by replacing the iron liners with a plasma bore coating.

The Ilmor team designed new components and redesigned existing components to meet the increased demand on the engine. It minimised the number of these components by 35%, thus improving machinability and serviceability.

The team also identified a possible further mass reduction of 1.6% through the use of a steel piston and redesigned con-rod.

Just under 100 hours of test bench running in France proved the power increase and basic reliability, and at the same time highlighted elements that needed further refinement.

“Increasing the power from a diesel engine is quite straightforward – you simply put more fuel in,” said Ian Whiteside, Ilmor’s Chief Engineer for Advanced Projects, who led the CS2 programme.

“But that generates much higher loads, so while increasing the power is easy, ensuring the engine stays together at that increased output is a challenge… and it was more of a challenge again because the requirement was to make it simultaneously lighter.”