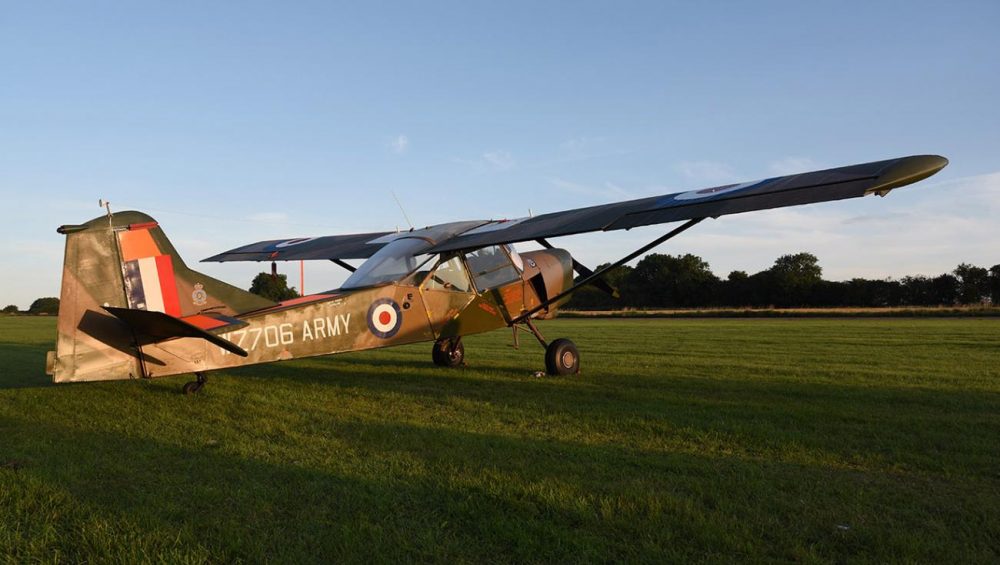 More Auster aircraft than you can shake a control stick at… an event and fly-in is being held at Middle Wallop Airfield, home of the Army Air Corps, on 7-8 April 2018 to celebrate both the aircraft’s 80th and 80 years of flying at the airfield.

The event is being organised by Threshold.aero in association with the Museum of Army Flying and the Army Air Corps.

2018 marks the 80th anniversary of Taylorcraft Aeroplanes (England) Ltd, the builders of the iconic Auster air observation post (AOP) aircraft. A derivative of the Taylor (now Piper) Cub, more than 1,600 Austers were produced during WWII and the type’s success continued post-war with production of the AOP.9 ceasing in 1961.

The Auster is an important aircraft in the history of the Army Air Corps. It was the first aircraft operated by the force when it was established in 1957 when 651 Sqn and its Auster AOP.6s transferred from the RAF at Aldergrove, Northern Ireland. It remains one of only six fixed-wing aircraft types to have served with the AAC in its 60-year history.

A period without aircraft movements will be scheduled, allowing visitors to get a closer look at the aircraft in attendance. A number of aviation, craft and charity stands and stalls will also be present. The Friday evening will also see a night photoshoot with number of Austers and associated AOP types.

The Auster 80th Anniversary Fly-in will be open to the public from 09.00 with free parking available in the field to the west of the A343, directly opposite the Museum of Army Flying.