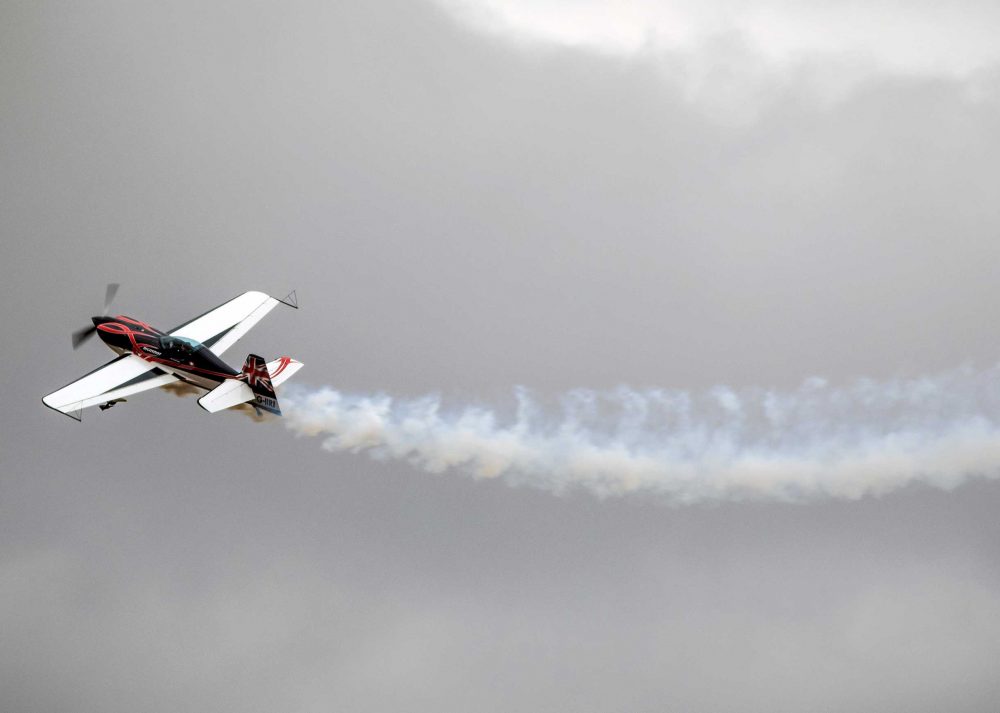 Russia’s Mikhail Mamistov has been crowned FAI World Aerobatic Champion for a third time after a hard-fought week-long competition in Malelane, South Africa.

Mamistov beat France’s two best pilots to take the win. Francois Rallet was in second place with teammate Olivier Masurel in third. The top three pilots were all flying the Extra 330SC.

Britain’s Gerald Cooper took a well-earned 5th place as the top pilot not flying an Extra. Cooper was flying an XtremeAir XA41, as was the UK’s other entrant, Phil Burgess who finished 21st.

Mamistov was leading the competition when he went into his final flight and wasn’t entirely happy when he’d finished. “I did not expect the strong crosswind,” he said, “and I had to correct a lot of manoeuvres, but it was not too bad.”

Some 36 pilots from 11 nations took part in the competition, which saw four complete aerobatic programmes. Each pilot had to complete a 10-minute programme consisting of numerous aerobatics manoeuvres before the competition movds onto the next round. Medals are awarded for each programme.

Just missing out on the podium was Alexandre Orlowski of France who won the first two programmes and was leading the competition. However, he slipped back to fourth place overall after the second two flights. Also experiencing disappointment was Spain’s Cástor Fantoba who went from second overall after three programmes, to finishing seventh following a low-scoring fourth programme.