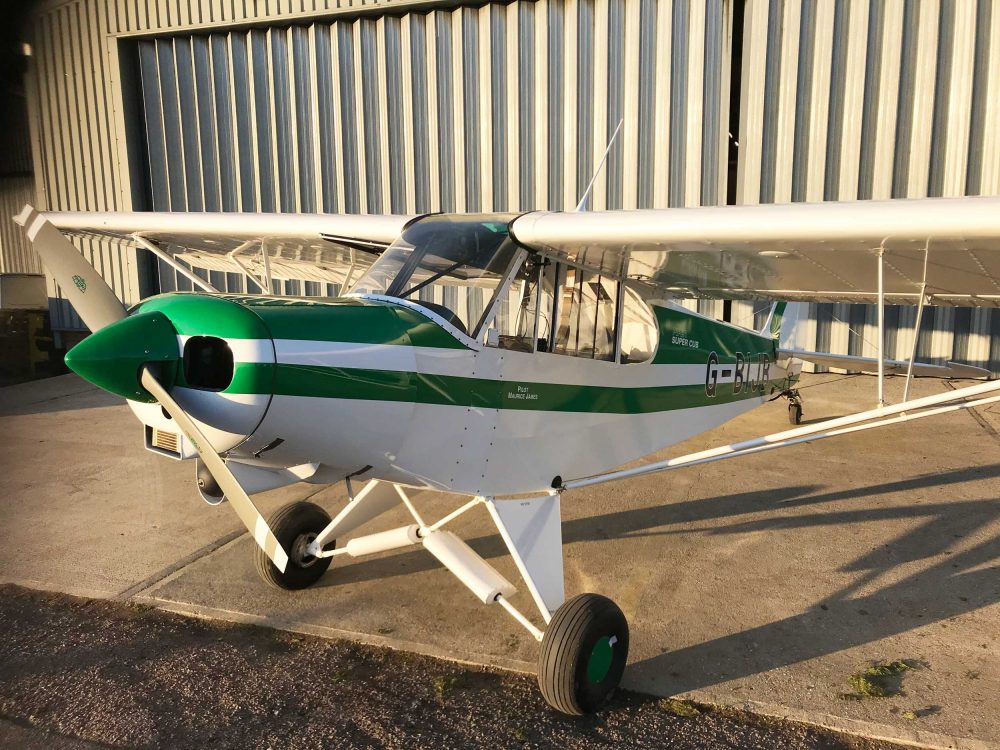 Some good has come out of the Covid lockdowns and restrictions – a stunning green and white Piper Super Cub based at Stapleford Flight Centre has had a year-long makeover and is now back at the Essex airfield and available for private pilots.

PA18-150 Super Cub G-BIJB will be available for pilots and students wanting to extend their flying experience with a tailwheel conversion once it has been run in and when restrictions allow.

The Super Cub belongs to Stapleford Flight Centre Instructor, Maurice James, who has taught there for almost 20 years. The aeroplane has been on a one-year refurbishment programme at Vintage Fabrics in Audley End, which specialises in rebuilding historic aircraft, and the engine was re-built by Norvic Aero Engines of St Neots.

Maurice is planning briefings at Stapleford to enable pilots to refresh themselves with the challenges and rewards of tailwheel flying and entice more to try out flying a taildragger and get a tailwheel conversion added to their licence.

The 1980 Super Cub and is understood to be one of the last Super Cubs made by Piper. 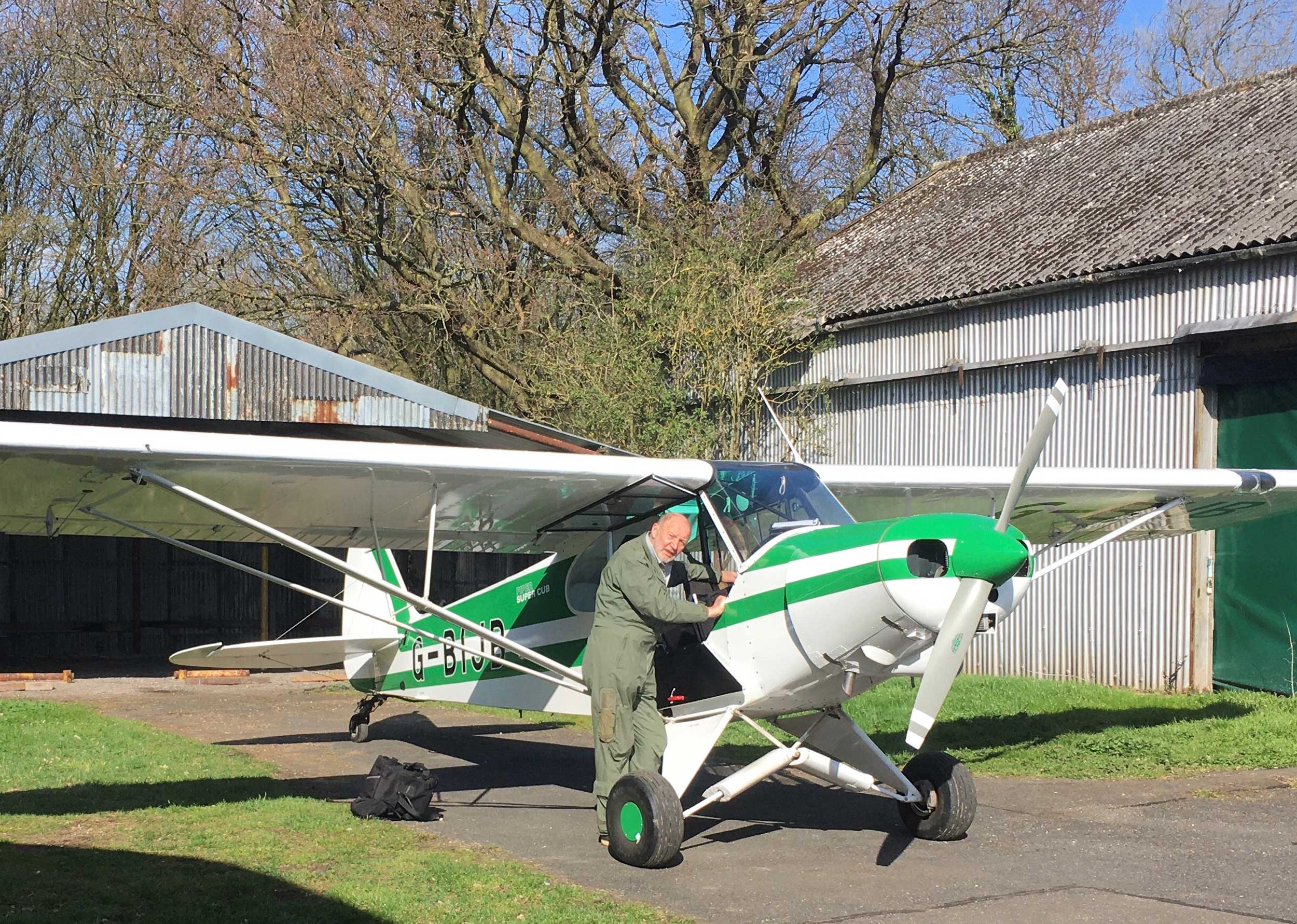 Maurice said, “The aeroplane was delivered from Piper to England via Canada, Greenland, Iceland, Faroes and Scotland, a journey which took 54 flying hours. The first customer was Essex Gliding Club based at North Weald where it was used as a tug and it still carries a glider hook.

“I bought it from the Gliding Club and took delivery from North Weald on 21 March 2003.

“Although I was instructing at Stapleford at the time, I had not got my Tailwheel clearance, so I begged Keith Pogmore, then CFI for the Flight Instructor Courses, to fly me on the four-mile delivery flight.

“Dick Postle did my initial training then I did some flying from the back seat, with Will Middleton and Keith Pogmore in preparation for teaching.

“I have taught dozens of pilots for their Tailwheel Differences training and they all have enjoyed the challenge and welcomed the chance to visit local farm strips. Many other PPLs have used their required biennial check to get a taste of something completely different.” 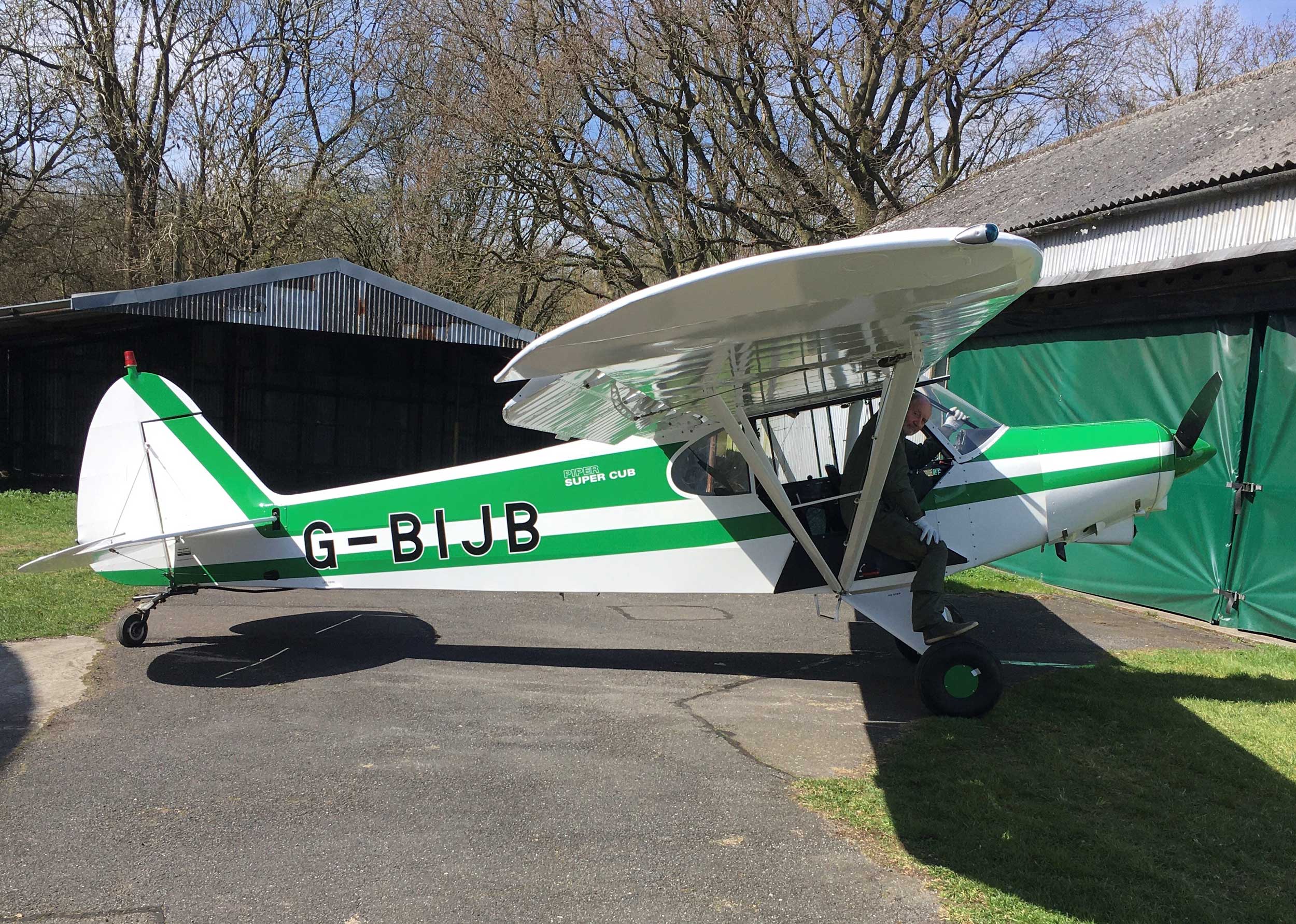 For further information and to book a training session, contact Stapleford Flight Centre or contact Maurice James direct on jamesaeroltd@yahoo.co.uk