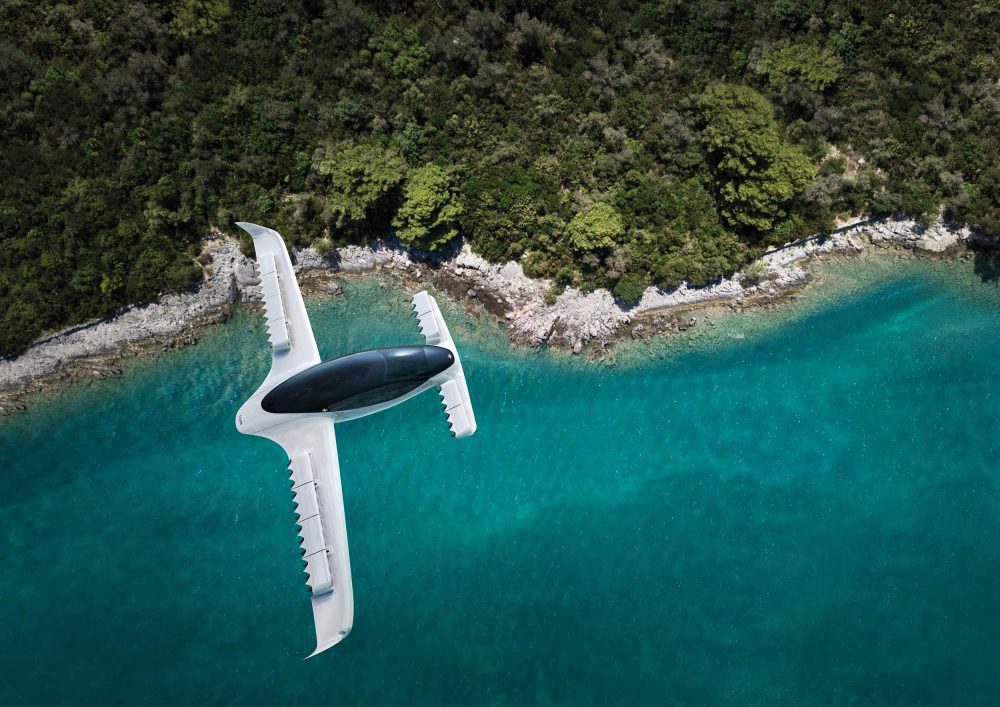 +VIDEO The full-size five-seat prototype air taxi from German start-up Lilium has made its first flight, just ahead of the European Business Aviation Conference & Exhibition (EBACE) being held in Geneva next week.

The full-scale, full-weight prototype is powered by 36 all-electric jet engines that allow it to take-off and land vertically, and then turn through 90 degrees for cruise flight.

Daniel Wiegand, co-founder and CEO of Lilium, said, “Today we are taking another huge step towards making urban air mobility a reality.

“In less than two years we have been able to design, build and successfully fly an aircraft that will serve as our template for mass production.

“Moving from two to five seats was always our ambition as it enables us to open up the skies to many more travellers. Whether its friends or families flying together or business travellers ride-sharing into the city, having five seats delivers an economy of scale you just can’t achieve with two.

“The Lilium Jet itself is beautiful and we were thrilled to see it take to the skies for the first time. With the perfect balance of range and speed, our aircraft has the potential to positively impact the way people choose to live and travel, all over the world.” 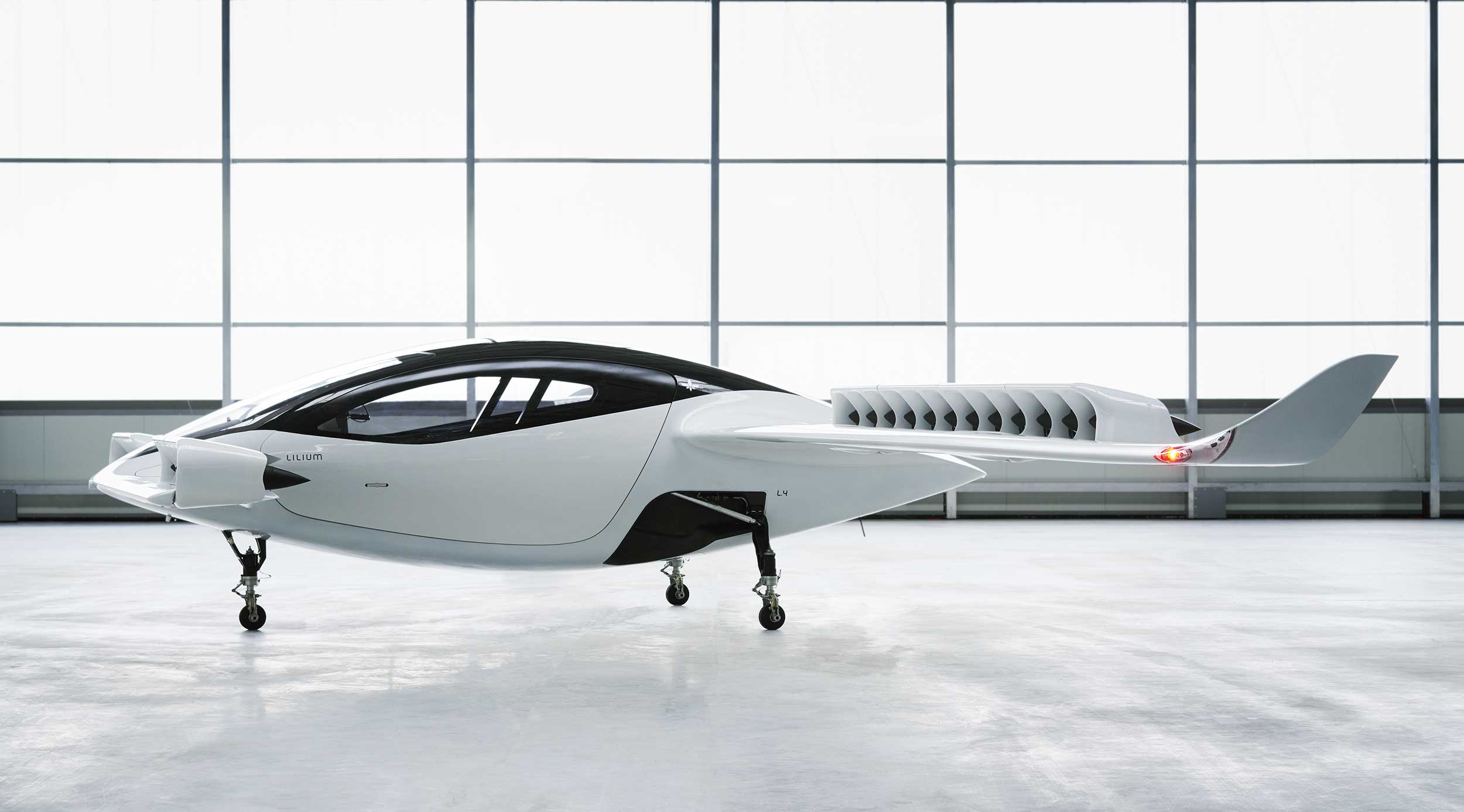 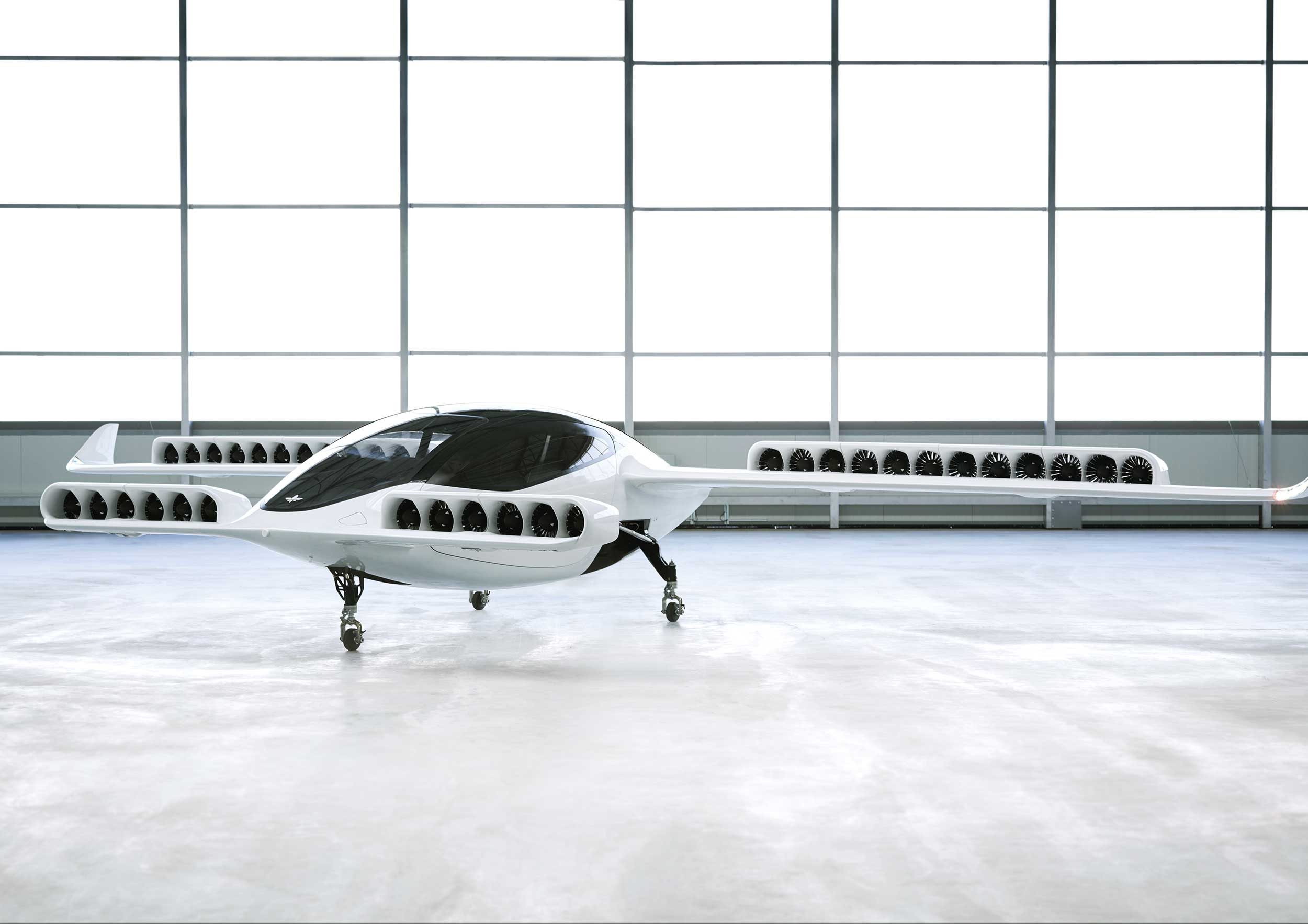 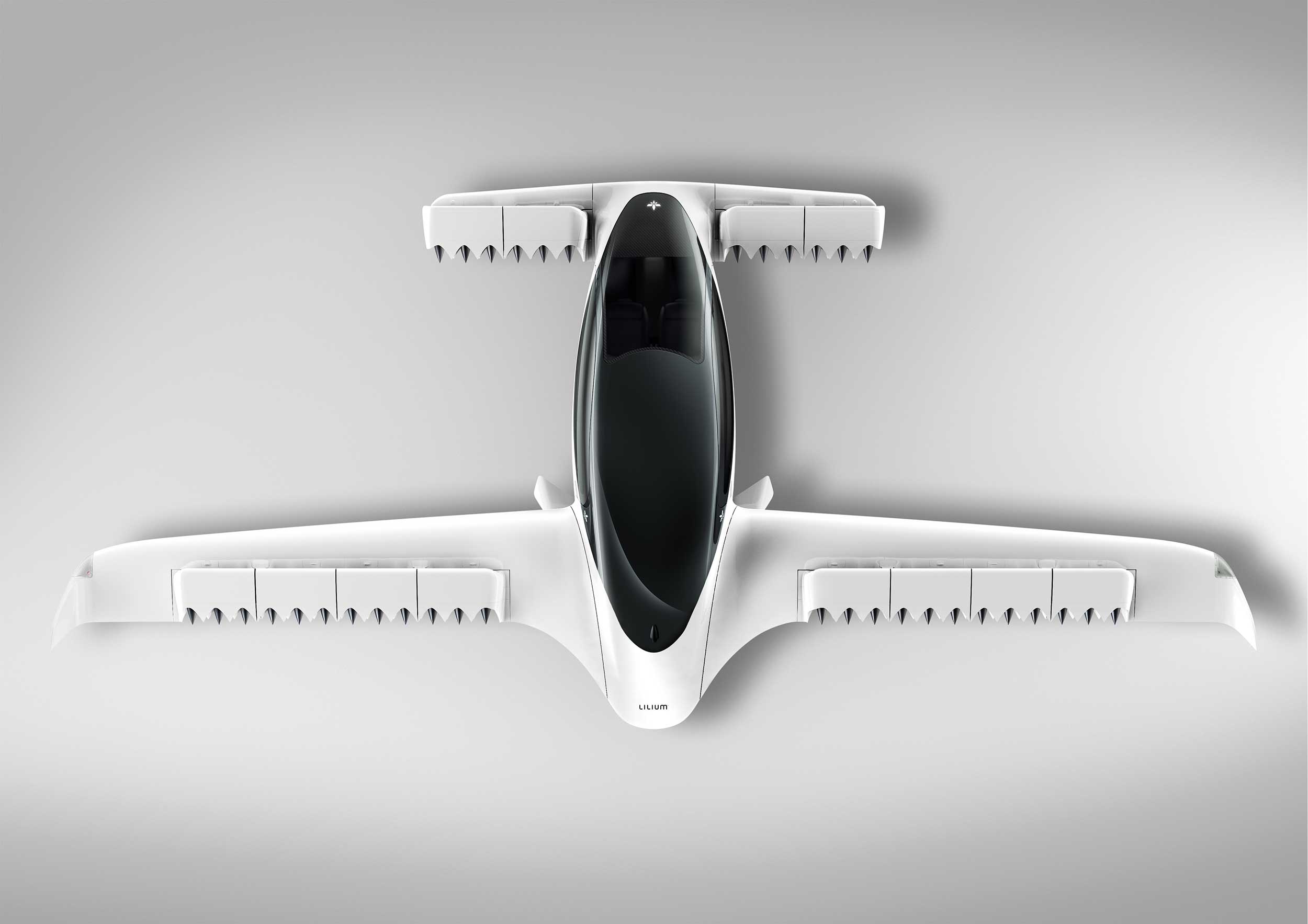 The Lilium Jet has a top speed of 300km/h and a range of 300km thanks to the fixed-wing design. Lilium points out that drone-based rival air taxi designs use much of their energy simply staying in the air.

The Lilium Jet first took to the air at 08.03 local time on 4 May 2019, having completed extensive ground testing at Lilium’s HQ in Munich, Germany.

The prototype aircraft, controlled remotely from the ground, has now begun a flight test campaign to prove its capability and start the certification process.

Leandro Bigarella, Head of Flight Test, said, “While a maiden flight is always a moment of truth for a business, the Lilium Jet performed exactly as expected and responded well to our inputs.

“Our flight test programme will now continue with increasingly complex manoeuvres as we look towards our next big goal of achieving transition flight, which is when the aircraft moves seamlessly from vertical to horizontal flight.”

Lilium plans to manufacture and operate the Lilium Jet as part of an on-demand air taxi service. Passengers will be able to use the Lilium app to locate their nearest landing pad and plan their journey.

Lilium expects to be fully-operational in various cities around the world by 2025, although trial services will start earlier than this in several locations.