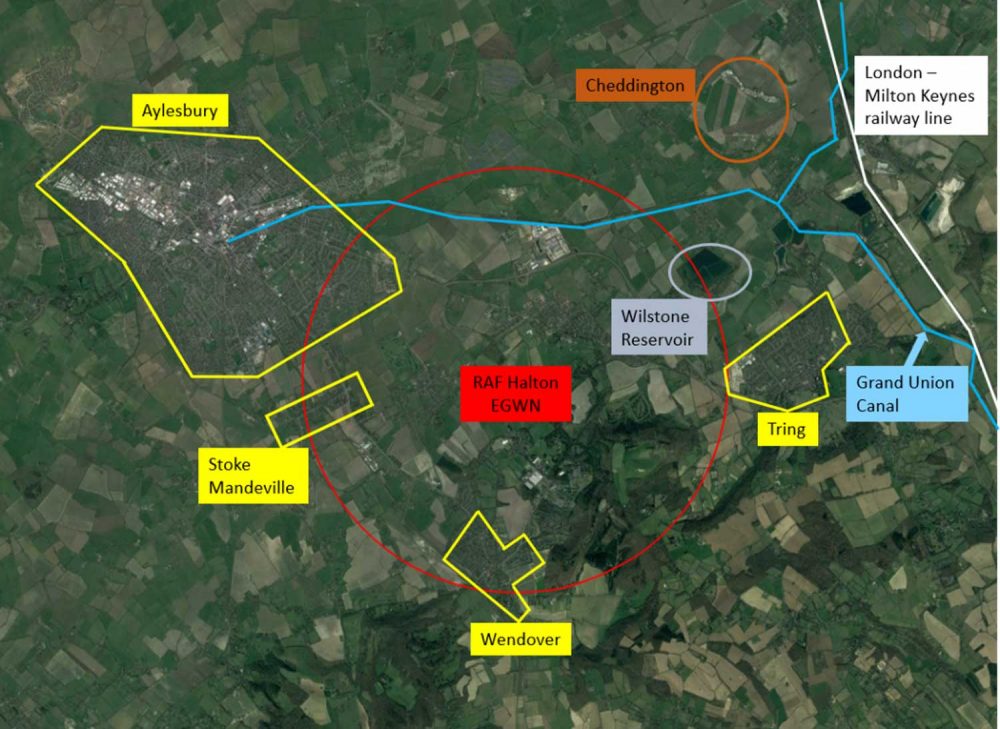 Light aircraft training, microlight and glider flights and even the occasional but regular flypasts, RAF Halton is a busier place than most would expect of this sleepy part of bucolic Buckinghamshire.

RAF Halton’s primary role is flight training of both military and civilian staff as the home of RAF’s Recruit Training School, but there’s also an active flying club.

The flypasts are every two weeks as part of the school’s graduation ceremonies and could be a fast-jet, multi-engine transport aircraft or a helicopter. Check Yellow AIC Y031/2020 for details.

All that activity means there’s an Aerodrome Traffic Zone (ATZ) and there have been a number of infringements, prompting an update on the Airspace Safety Initiative website.

A link to the full narrative is below but among the points made are:

Landmarks to help identify the airfield: