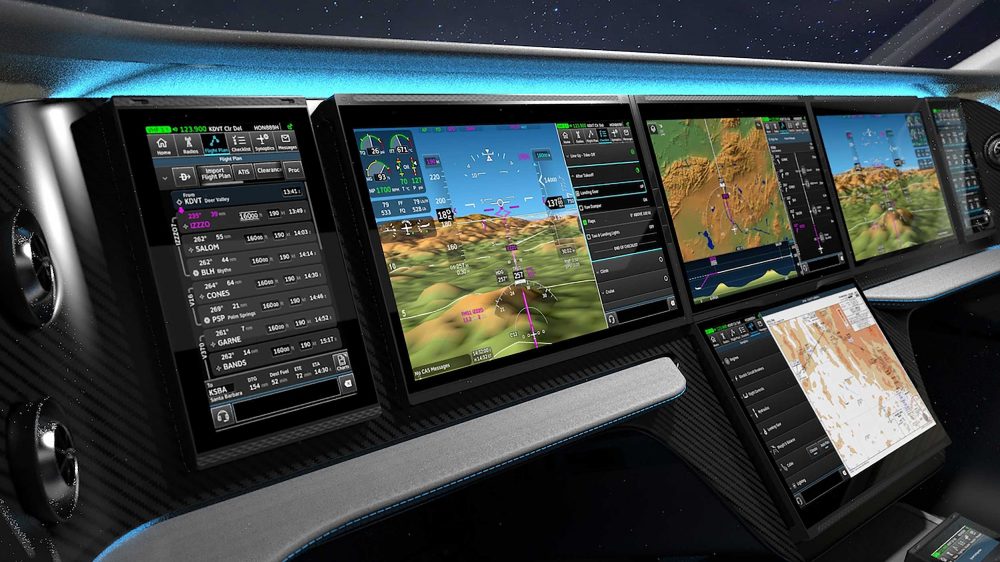 Honeywell says Anthem is a first in the industry and can be customised for almost every type of aircraft and flying vehicle, including large passenger and cargo planes, business jets, helicopters, General Aviation aircraft, and the rapidly emerging class of air taxis such as eVTOLs..

“Honeywell is not just launching a new flight deck today — we are changing the way pilots operate aircraft and creating a more intuitive experience than ever,” said Mike Madsen, president and CEO, Honeywell Aerospace.

“In the same way we moved from flip phones to smartphones, Honeywell Anthem will transform the pilot experience with customisable controls operated quickly and easily with a few swipes of the finger.”

First, it creates ways for increasingly complex aircraft to function with more autonomy, relieving stress on pilots and promoting safety and efficiency.

Second, it enables the disjointed systems that support an aircraft to work together more seamlessly to deliver critical information to pilots.

Anthem generates and transfers data from ground-based servers so those involved in a flight’s operations have the information they always need, said Honeywell.

“Everyone who touches a flight is able to get information that matters to them when they need it,” said Vipul Gupta, vice president and general manager, Avionics, Honeywell Aerospace.

“The aircraft becomes accessible via the cloud computing infrastructure, and things like maintenance data, flight plans and overall aircraft status are stored automatically by the avionics or via ground-based applications used by support personnel. This means data is accessible by any authorized user from anywhere.”

The UK’s Vertical Aerospace has chosen Anthem for its VA-X4 eVTOL, as has the Lilium Jet eVTOL.