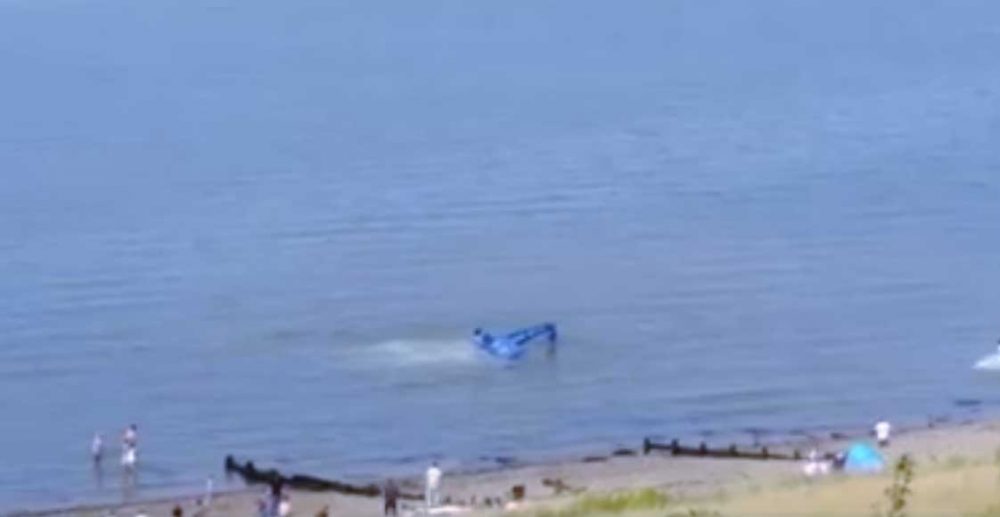 +VIDEO This remarkable video shows holidaymakers on the beach at Herne Bay, Kent coming to the rescue of the pilot of a VW-powered single-seat Turbulent aircraft when it was forced to ditch after engine problems.

The incident happened on Sunday at the Herne Bay Airshow. The pilot, Colyn Randall, suffered a minor injury to his nose and was released from hospital the same evening. Colyn hopes to fly again with the team at its next outing at Dunsfold later this month.

The ditching has been praised as “textbook” by fellow pilots. It followed an engine problem while Colyn was performing a display routine with two other members of the Turbulent Display Team, one of the UK’s longest-established teams, at the airshow.

“Colyn realised there was an engine problem and broke away from the formation as is standard procedure,” explained Samantha Williams, a member of the team’s ground crew. “He tried to fix it but couldn’t so decided the only course of action was to ditch. He picked a spot away from swimmers and made a textbook ditching.”

The AAIB is investigating the cause of the engine problem.