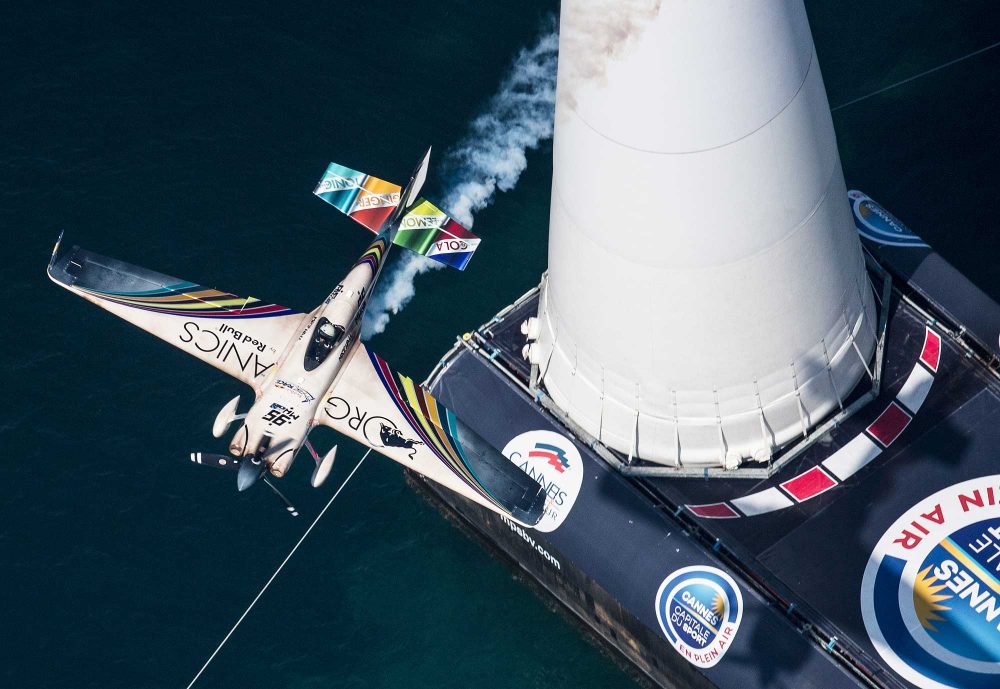 +VIDEO Australia’s Matt Hall took his first win the Red Bull Air Race World championship since 2016 with first place at the French round, held in Cannes.

Matthias Dolderer of Germany was second, and the USA’s Michael Goulian took third. Goulian’s third place was enough to keep him at the top of the standings.

Goulian only got into the final 4 round because Martin Sonka exceeded the rev limits, and was thus excluded.

Matt Hall said, “It’s been a long, hard transition – a very steep climb – from our former MXS raceplane to our new Edge, but now with a new team, this new plane and a new sponsor, it feels awesome. We’re feeling set to make a run for the world championship.”

Britain’s Ben Murphy was tenth. He said afterwards, “After the dream run of Abu Dhabi, this week has been a little more difficult. We had issues with the airplane to work out, which are challenging even though you try not to let it affect you.

“After the penalty in Qualifying, it was always going to be a really tough battle against Mike [American pilot Michael Goulian], and all I wanted to prove was that we could put yesterday behind us and make a nice clean run, which we did.

“So actually I’m quite happy with the result, it’s a good end to the weekend given where we were yesterday.

“The biggest takeaway for us now is how well the team works. We had some problems and the team came together exceptionally well.

“Both Abu Dhabi and Cannes have been amazing venues, and we couldn’t have hoped for better conditions here in France, with the Croisette full of thousands of people enjoying the race.”