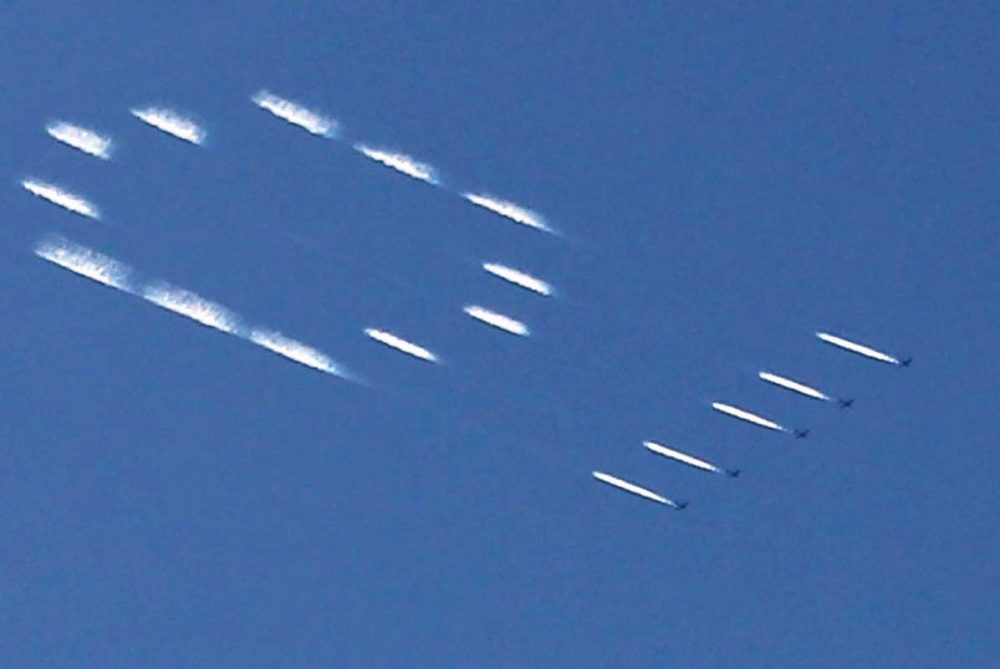 +VIDEO The government has launched a public consultation on legalising skytyping and skywriting in UK airspace.

Skytyping is a method of typing messages in the sky using multiple aircraft positioned in line abreast formation, emitting pulses of smoke to produce letters and words, a bit like a dot matrix printer.

The UK company behind skytyping is Airborne Services, headquartered at Henstridge Airfield in Somerset. The company is also home to Team Yakovlevs, a six-ship aerobatic formation display team which has been active on the international display circuit for the last 20 years.

Team Yakovlevs has partnered with Skytypers Inc, the US company behind the unique system, who have been skytyping in the US for more than 70 years.

Jez Hopkinson, CEO of Airborne Services and Team Yakovlevs lead pilot, said, “We are delighted that UK government is considering permitting the activities of skytyping and skywriting.

“Getting to this stage has required no small effort and we certainly wouldn’t have got here without the valuable support of the GA Units at both the CAA and the DfT and also the All-Party Parliamentary Group for GA.

“The consultation is most welcome but it does contain some slightly misleading information,” continued Jez.

“The consultation appears to imply that skytyping was previously banned in UK airspace due to safety concerns, back in the 1960s. This is not the case as skytyping had never been conducted in UK airspace before we undertook a (safe) trial in 2016.

“What the consultation paper is probably referring to is safety concerns over skywriting, which requires more abrupt aerobatic manoeuvres to deliver, and which therefore may have been banned previously.

“The consultation also fails to mention the fact that the activities are highly weather dependent and this means that UK roll-out will be significantly limited.

“We do not have the capability, or indeed the inclination, to carpet-bomb UK airspace with messages therefore and hope that the general public will appreciate this limiting factor.”

The consultation runs until the end of March 2020 and can be found here.