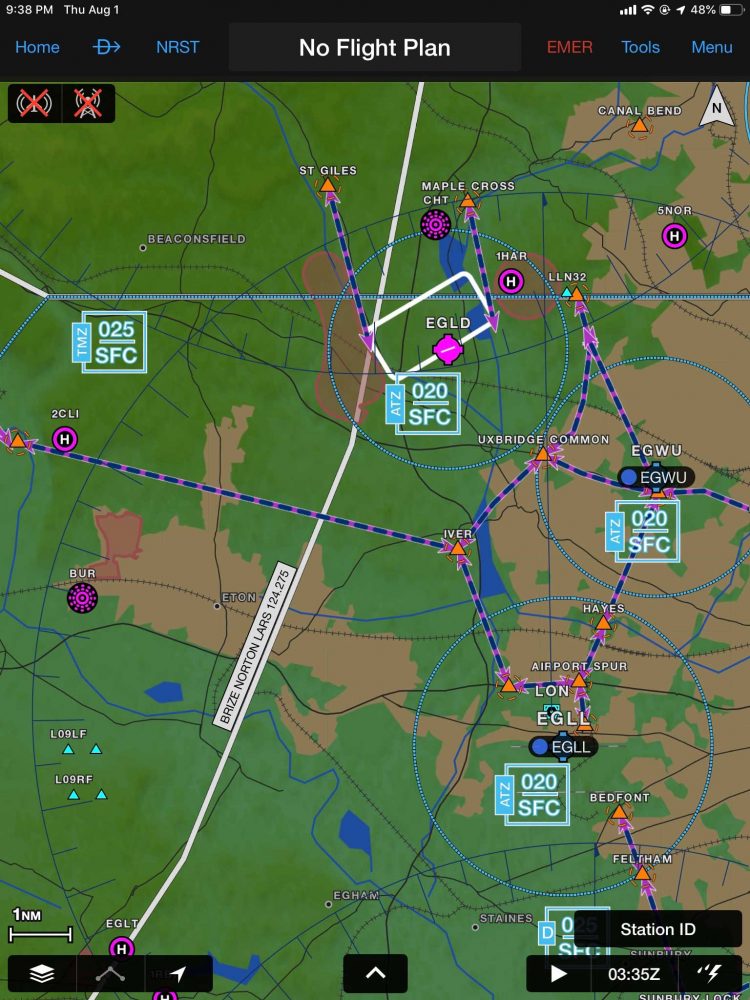 When compared to flying the USA, flying VFR in the UK brings a number of details that are uniquely British in nature, or if not uniquely British, at least different from America.

As a consequence, EFB apps that started development in the USA often miss some of the finer points of what is essential information for a pilot in the UK and Europe. Previously, while Garmin pilot worked fine for a IFR airways flight from towered airport to towered airport, many details necessary for VFR flight from smaller fields were absent in the app.

This enhancement is included as part of Garmin Pilot Europe Standard package and is available now.

Additionally, for Garmin Pilot users filing a Eurocontrol flight plan, filing and route validation can now be done from within the app as a standard feature, and IFR autorouting is available with an additional subscription. – Joe Fournier