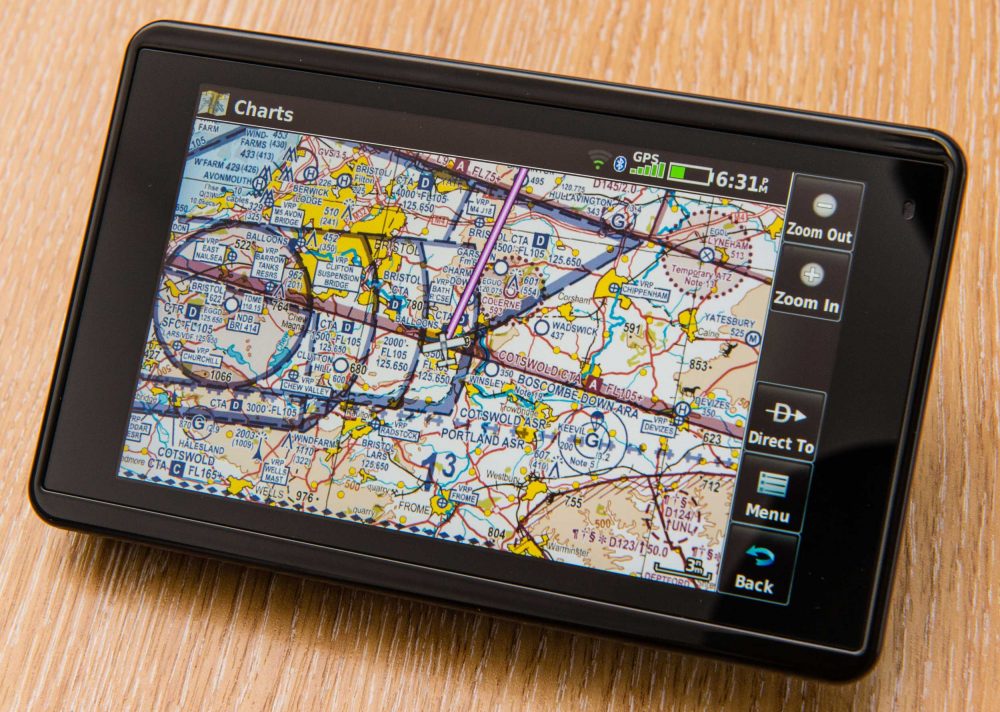 Not that long ago, the portable GPS market was where much of GA’s innovation took place. In a few short years we went from bulky, brick-like boxes that had the capacity to track half a satellite for a minute or so every hour, to touchscreen colour units that never lost the signal and that brought a host of new features.

Then along came the iPad. It seemed the era of the bespoke portable GPS had come to an end, made extinct by the meteoric arrival of the iPad and the apps it spawned. Then, earlier this year, Garmin announced the aera 660.

There’s not much that takes us by surprise, but this did. Could a relatively small, bespoke aviation GPS costing the best part of £800 really compete with what iPad and Android tablets offer? The 660 arrived in the office just before a couple of long flights, so we took it along for 12 hours’ flying to find out.

Within a couple of mm, the aera 660 is pretty much the same size as the previous aera 550 but Garmin has managed to grow the screen by about 30%. The screen is bright, sharp, has good contrast and, in our experience at least, is easily readable in bright sunshine. Despite the screen being power hungry, the battery was good for nearly four hours between charges.

If you are familiar with either the 550 series or 795 you’ll be at home with the 660’s menus and structures. The base map out-of-the-box is Garmin’s vector charts with varying levels of detail and airspace.

Personally, I prefer vector maps as they’re well designed, better for scaling, changing orientation, keeping up-to-date and displaying relevant features, but I know some pilots still love raster charts (digital representations of the paper versions). These are available to buy and download from flygarmin.com. Rates vary, but as an example, NATS charts for the whole of the UK sell for $79, France for $90 or there’s a European bundle for $349.

The 660 can also be loaded with purchased, again from flyGarmin, ‘flite charts’, effectively digitised versions of national AIP plates, including instrument approach plates. It’s a useful backup, but in my view the charts are too small to rely on as your primary reference during an instrument approach.

There are a couple of extra features worth mentioning. The first is that if you have (or buy for about £675) a Garmin GDL 39 3D you will be able to pick up ADS-B traffic that can be displayed on the aera. The 3D version of the GDL 39 has a built-in AHRS that uses the 660’s terrain database to provide a miniature Primary Flight Display (PFD) giving a virtual Attitude Indicator (AI), groundspeed, GPS-derived altitude and heading.

If you have a Garmin VIRB action camera you can control that remotely from your aera, useful if it happens to be mounted externally.

In flight, the Garmin proved very easy to use; the new touchscreen has capacitive rather than resistive touch like the 550, and scrolling and pinching movements are quick, smooth and precise. As you’d expect there are lots of options for configuring the map, including the option to have the unit in landscape or portrait mode.

Our overall impression? The 660 packs pretty much all of the nav functions you’ll need in an easy to handle unit. The screen is great, it’s brighter and less reflective than an iPad, and when the map and traffic are shown rather than approach plates it’s certainly big enough. Adding the GDL 39 3D brings extra back-up to your installed AI, and, as the number of aircraft equipped with ADS-B Out increases, so will traffic information.

Pricewise, the aera is more expensive than a top-of-the-range tablet and one of the leading apps. If you’re finding it hard to kick your addiction to digitised paper charts, the price difference gets bigger still. In a feature shoot-out, the aera would put up a brave fight but would ultimately lose out to the apps, so why buy one?

Several possible reasons. If screen contrast and brightness are uppermost in your list of must-haves, the aera wins. If you want an aviation-specific unit that doesn’t distract you with email, films and apps, the aera is for you. If you want connectivity with the GDL 39 3D you’ll need the aera (or Garmin’s own app, Garmin Pilot). If you don’t want to concern yourself with tablet operating system updates and other software installs that can have unintended consequences for your aviation GPS, the aera is the way to go. And if space is at a premium, the aera is a nice compact package.