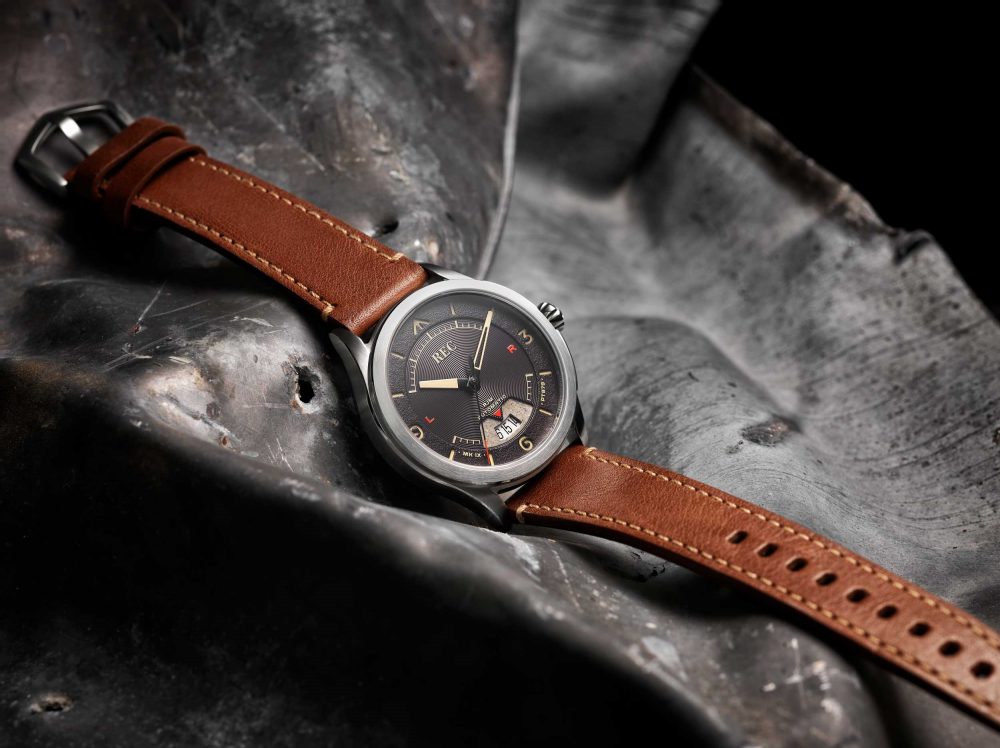 +VIDEO The world’s fascination with the Spitfire continues with a new timepiece designed to look like a WWII RAF pilot watch and containing scrap aluminium from a crashed Spitfire that’s currently undergoing restoration.

The watch is the RJM, from Rec Watches, and the aircraft donating the metal is PT879, a Mark IX Spitfire which crashed on the Russian tundra during a dogfight in Spring 1945.

PT879 was part of the Allied Forces Lend-Lease aid policy to support the Russian war effort, and had flown just 29 hours when she went down.

“More than a half century later, in 1998, the battered aircraft was recovered in Murmansk as a complete but crashed aircraft – having spent 53 years in barn as she was recovered off the Tundra by an unnamed farmer in 1945,” says Rec Watches.

The RJM watch
Rec Watches specialises in watches using materials that have been recovered, recycled or reclaimed, hence the company name. The RJM is its latest and is inspired by the watches worn by the RAF and British Army during WWII, with modern touches.