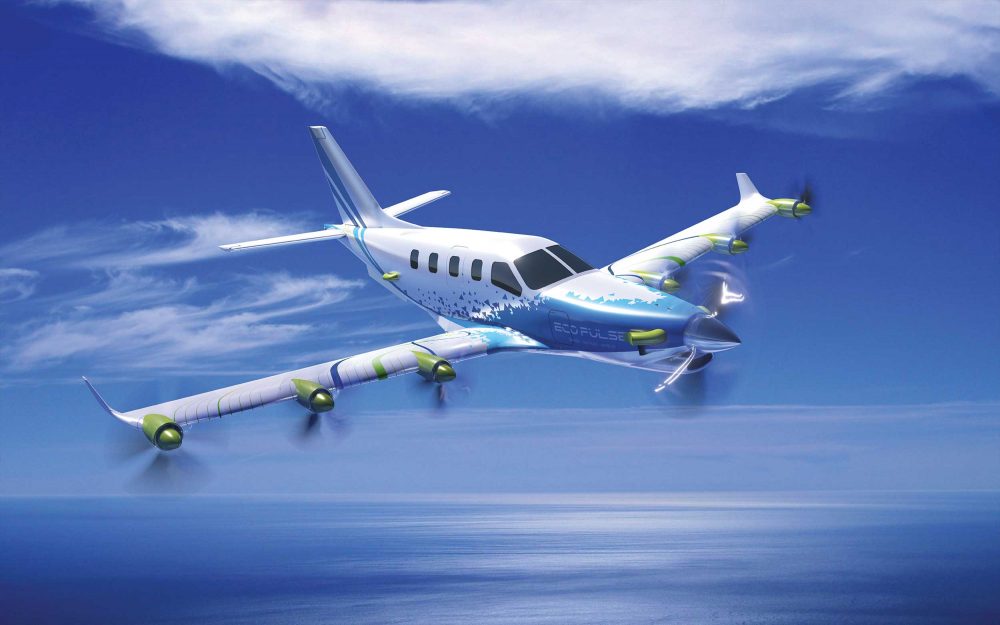 Daher – manufacturer of the TBM – Airbus and Safran have announced a collaborative partnership for the design and development of the wing-mounted EcoPulse distributed hybrid propulsion demonstrator with a first flight scheduled for 2022.

There are three areas of research and development:

Nicolas Orance, SVP Aerospace and Defense BU at Daher, said, “Reducing the environmental impact of aircraft is a priority for the industry as a whole.

“So it is with enthusiasm and determination that we welcome the opportunity to be part of this unique partnership alongside Airbus and Safran.”

The electric thrusters will be integrated into the EcoPulse wing and will provide propulsion thrust, at the same time as delivering aerodynamic gains (reducing wing surface area and wingtip marginal vortices, and therefore drag).

Airbus will be involved in the aerodynamic modeling of the demonstrator, both to support configuration choices and to enable the development of flight control laws. All these considerations should make it possible to demonstrate the

“This distributed hybrid propulsion demonstrator is a very important step towards preparing the certification standards for a more electric aircraft. It also gives us the opportunity to improve our simulation models and consider their use on larger aircraft,” said Jean-Brice Dumont, Executive Vice President Engineering at Airbus.