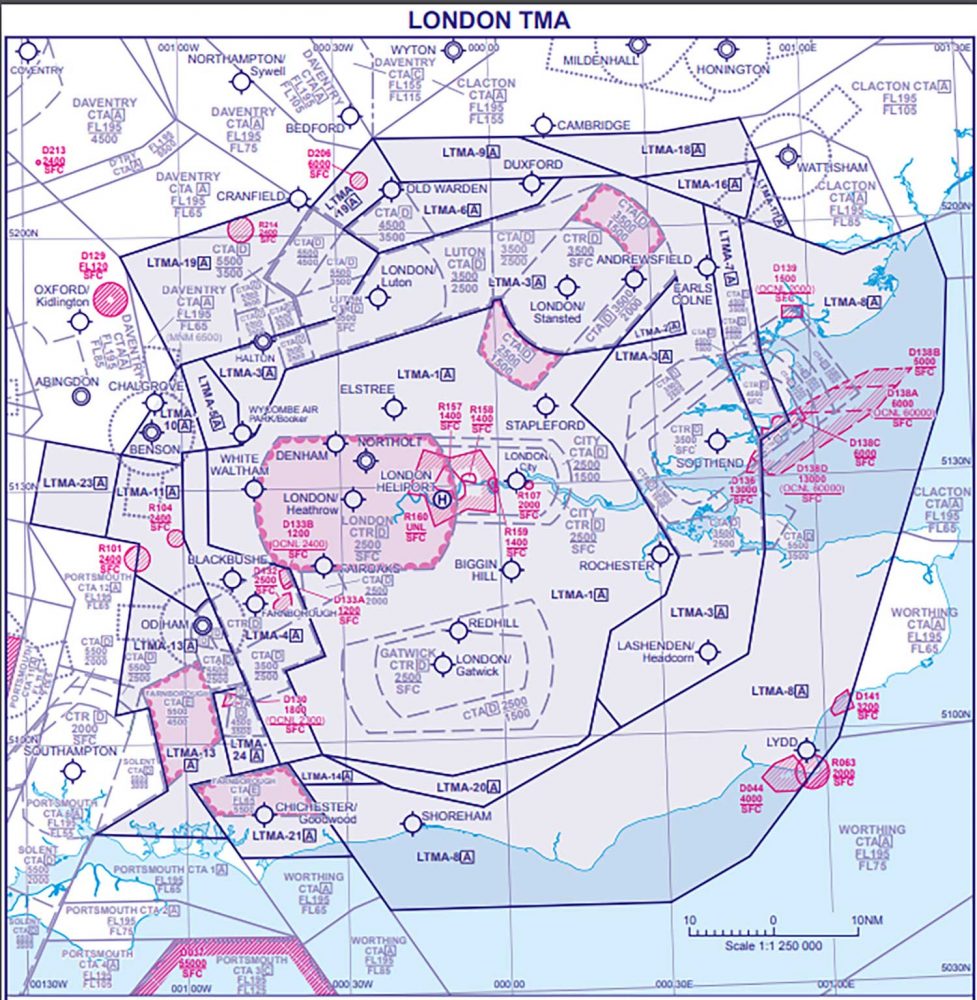 The CAA says on the Airspace Safety website which hosts the narratives – 22 so far – that this is a timely reminder of the infringement risk when flying under or close to the London TMA.

“For those not familiar with the airspace it comprises 24 different areas across a volume of airspace extending approximately 100nm from West to East and, in some areas 90Nnm from North to South.

“The LTMA is Class A airspace with the lowest base in places as low as 2,500ft but the base levels rise further away from the centre and provides contiguous controlled airspace to the various Class D CTRs and CTAs for the London airports.

“In 2019 there were 279 reported infringements of the LTMA. An infringement of the TMA requires the ATCO to achieve 3nm or 3,000ft separation from the unknown infringing aircraft and invariably requires the issuing of ‘safety intervention measures’ such as avoiding action to known traffic to achieve separation.

“At first glance, the chart of the area looks complicated but careful planning before the flight, including formulating a ‘Plan B’ option, can assist with reducing the workload during the flight and the chance of an airspace infringement from occurring.

“Plan B should be an alternative route around controlled airspace when Plan A is denied due to traffic density or when the weather requires a track diversion.”

Hotspots
There are certain areas where infringements occur more often than others. A 5NM radius of the following areas are a general guide as to identified hotspots in respect of the TMA. Some of these infringements also result in infringements of adjacent CTAs.

The full article is here