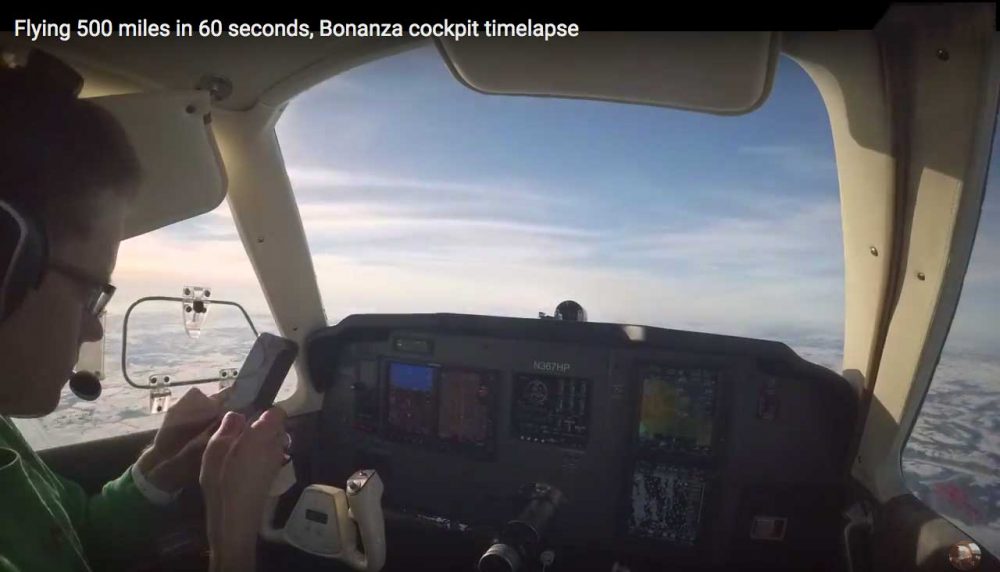 “It’s not as fun as B2OSH, but there’s nothing like flying over the winter wonderland of the midwest,” said Matt, who is soon to launch a new flying Vlog (video blog) on YouTube.

“I’ve been flying since I was 16, and at age 19 flew around the world by myself in the same 1981 A36 Beechcraft Bonanza I still fly, becoming the youngest person ever to solo circumnavigate by aircraft.

“Now, I’m sharing all kinds of aviation adventures! Ride along as we explore the world from the air and get a close up look at some of aviation’s best flight experiences and destinations.”

Just be careful using that mobile phone when you fly, Matt…