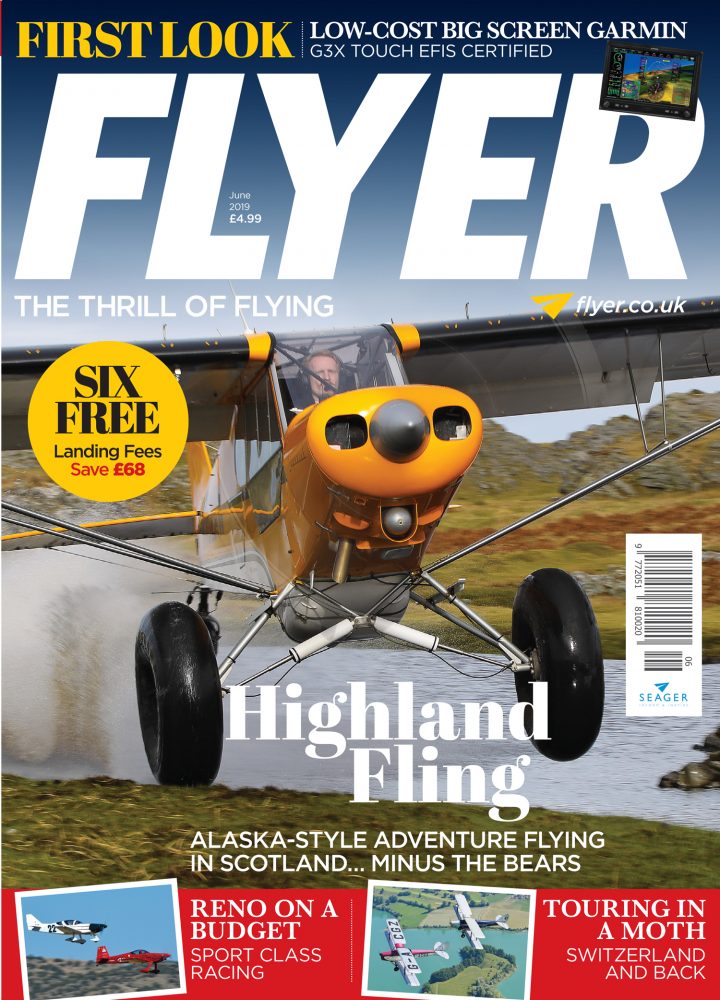 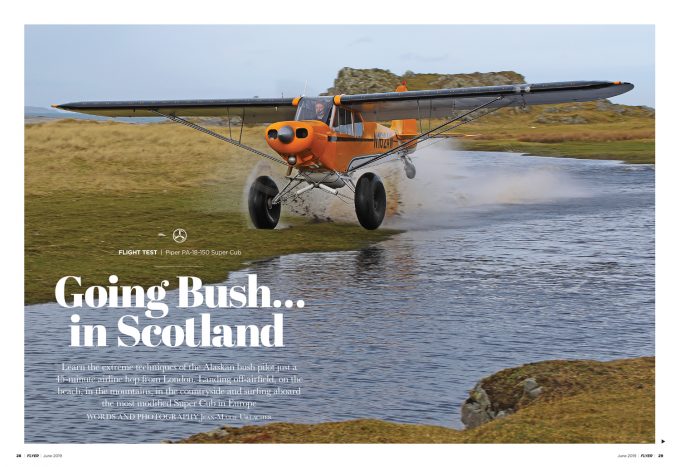 Going Bush in Scotland, Jean-Marie Urlacher learns the extreme techniques of the Alaskan bush pilot just a 45-minute airline hop from London. Landing off-airfield, on the beach, in the mountains, in the countryside and surfing aboard the most modified Super Cub in Europe 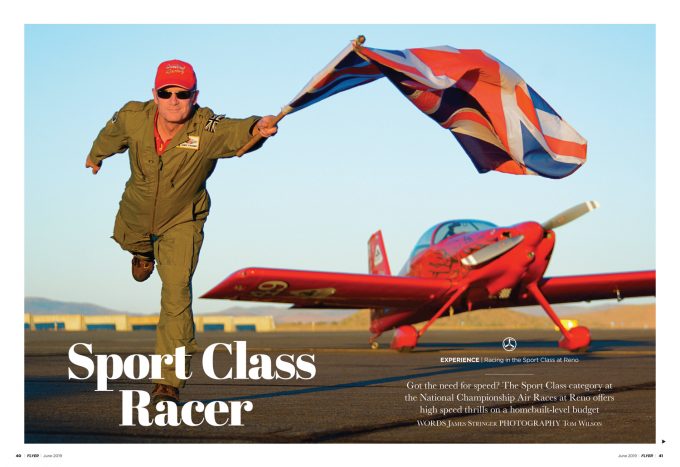 Got the need for speed? The Sport Class category at the National Championship Air Races at Reno offers high speed thrills on a homebuilt-level budget. James Stringer tells his racing story so far 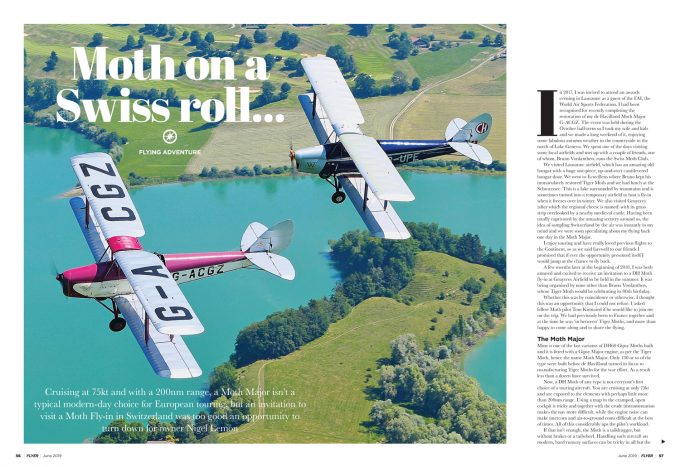 Cruising at 75kt and with a 200nm range, a Moth Major isn’t a typical modern-day choice for European touring, but an invitation to visit a Moth Fly-in in Switzerland was too good an opportunity to turn down for owner Nigel Lemon

Carol,Vorderman talks about learning to fly in First Solo. Think a ‘normal’ first solo is nerve-wracking? Carol did hers on live TV…

In Accident Analysis, Joe Fournier suggests that understanding the systems on aircrafts and how to cope when they go wrong is imperative, especially as many pilots take for granted that they won’t let them down…

In Top Gear we put some cleaning products to the test, to help you make your aircraft sparkle

PLUS
Save £68 with six free landing vouchers and visit these six great airfields: Audley End, Crosland Moor, Cumbernauld, Donegal, Earls Colne and Peterborough Sibson.
Great columns from Matt Dearden, Mark Hales and Ian Seager. All the latest news and much, much more!