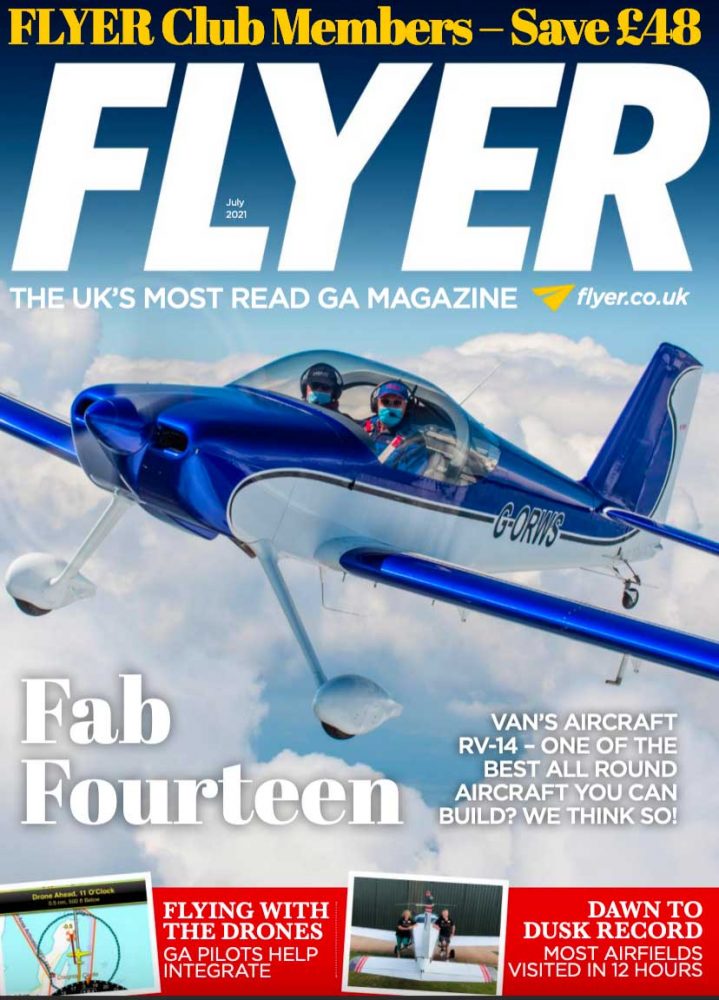 Cover story is the first UK test of Van’s RV-14, the latest kitplane from the US company. It’s ‘nearly perfect’ said Ian Seager.

Pooleys’ annual Dawn to Dusk compettion has seen some epic flights over the years and we have the story of last summer’s Guiness World Record setting tour by Fiona and Angus Macaskill in their Robin aircraft is certainly that. The record? The highest number of airfields visited in 12 hours – in this case, a whopping 71.

Flying with the Drones is an unusual feature. Hamish Mitchell and fellow ATCO Derek Pake flew a Van’s RV-8 equipped with Electronic Conspicuity devices and worked with drone operator Skyports to test how well their interacting systems coped. The reason? To see how close we are to being able to share airspace instead of constantly being barred by Temporary Danger Zones.

Which brings us on to Top Gear where Ian Seager reviews the new Sentry from Foreflight. Essentially it’s a SkyEcho 2 Electronic Conspicuity device tailored for Foreflight’s flightplanning and flight following app.

Plus photos from FLYER readers out and about in their aeroplanes, details of July’s free landing vouchers, the best columnists in General Aviation and much, much more!