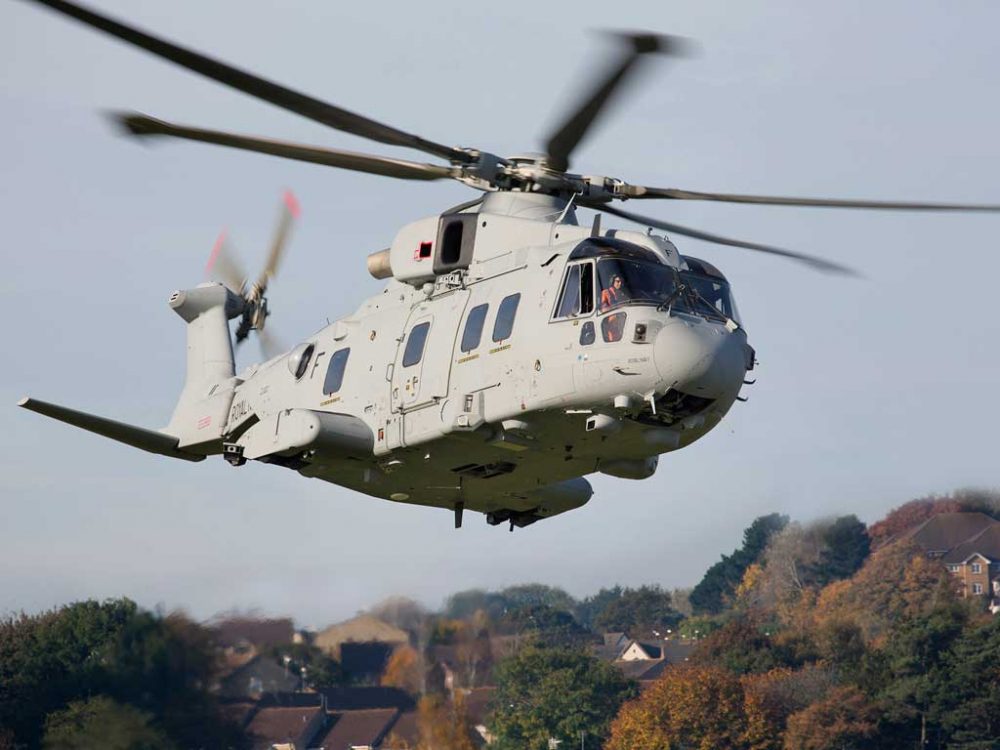 Yeovil, Somerset is still a helicopter centre for Leonardo-Finmeccanica despite the name change from AgustaWestland. The Italian-British company has announced that the latest Mark 4 version of the AgustaWestland AW101 Merlin recently successfully completed its maiden flight at the base in southwest England.

Leonardo is upgrading 25 Royal Navy Merlin Mk3/3A aircraft to Merlin Mk4/4A, a contract valued at £330 million. Deliveries of aircraft will start in 2017 and continue through to 2020 with the work being performed in the Yeovil facility.

The AW101 Merlin Mk4/4A aircraft are fully optimised for ship operations and include automatic main rotor blade folding and tail fold. The aircraft are also fitted with the same cockpit as the Royal Navy’s Merlin Mk2 aircraft, giving the Merlin fleet a common cockpit featuring five 10in x 8in integrated displays, and two touch screen units for controlling the aircraft’s systems and mission equipment.

Royal Navy Captain Kieran O’Brien, Merlin Helicopter Project Team Leader, said, “This is a great day and a most significant achievement in the Merlin Life Sustainment Programme. The conversion of the Mk3/3a Merlin to Mk4/4a has been a real success story so far against demanding timelines and this first flight is excellent news for our Royal Navy ‘Junglie’ customers.