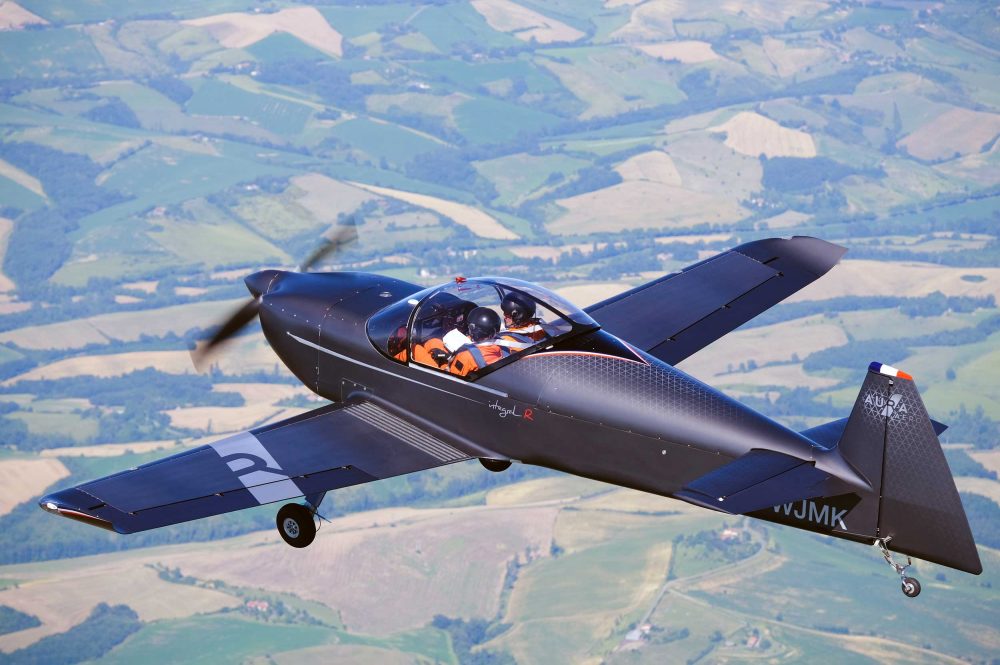 The Integral R has its seats arranged side-by-side rather than the usual tandem seating for most aerobatic aircraft. That suggests the Toulouse-based startup is looking to fill the market for Upset Recovery Training (UPRT) created with such training became mandatory for professional pilots.

Aura Aeros’ aircraft, registered F-WJMK, took off at 15:30 local time on 1 July, for a one-hour flight, during which test pilots  Eric Delesalle and Hervé Poulin explored the aircraft’s flight envelope.

The aircraft was accompanied by a chase plane for observation of the various manœuvres, and its progress monitored on the ground in real-time via a direct telemetry link.

Jérémy Caussade, president and co-founder of Aura Aero, said, “This first flight marks the start of the Integral adventure and we are very thrilled and proud to see our project finally and actually take to the air! Our first orders confirm that this aircraft has its place on the twin-seater market today.”

The Integral R has tailwheel landing gear configuration but there will also be a nosewheel version, the Integral S.

Series production is currently under preparation on two French sites, said the company, and the final assembly line will be located in the south-west of France.