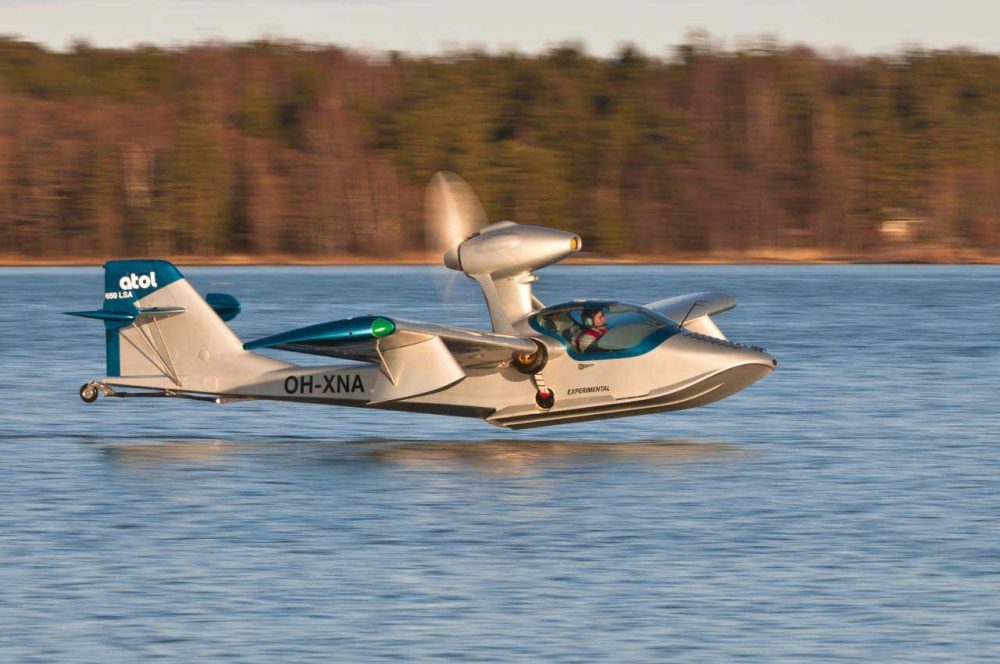 +VIDEO How hard is it to develop a new Light Sport Aircraft when you’re located within the Arctic Circle? Very hard, judging by the snowy conditions endured by the Finnish team behind the Atol Avion. However, come summer and it’s the land of a thousand lakes and rivers.

The cold slog is paying off for Atol Aviation with its Atol 650 LSA amphibian heading for US and European approval, priced at 149,000 euro.

Test flights of the final 650 LSA have started now that Finland is thawing out after the winter, and deliveries are expected to start later this year. Atol has also teamed up with a US investor to create a US base at Brunswick, Maine.

The Atol 650 LSA’s main structure is wood composite (birch with PVC foam in between). Pine, fabric and composites are also used. As well as having a water-orientated hull, it has conventional landing gear which retracts for flight and water operations. The wings fold for ease of hangarage and towing.