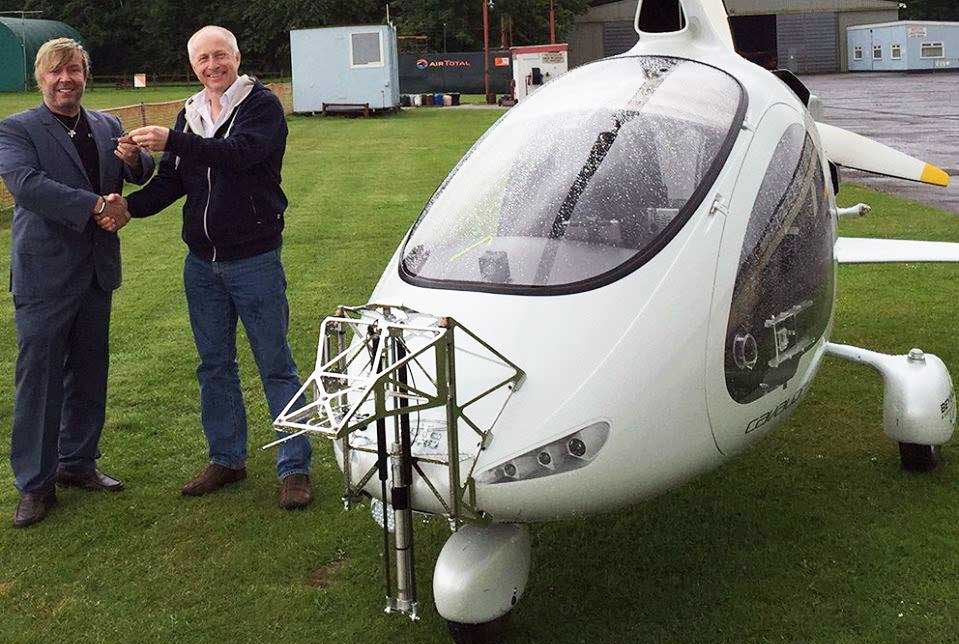 The first commercial use Cavalon Pro gyroplane has been delivered to a UK specialist film company. Developed by RotorSport UK and German manufacturer Autogyro, the Cavalon Pro will be flown by Kai Maurer, the first UK gyro pilot operating commercially.

“This superb aircraft, G-CPLG, is fitted with an AutoGyro designed nose mounting for the state-of-the-art Dynamic Perspective Dyna X5 gimbal system for aerial filming,” said Gerry Speich, boss of RotorSport. “This UK CAA-approved mounting system allows the gimbal to be lowered some 270mm in flight, giving a huge viewing arc of nearly 360degrees in the horizontal plane under the aircraft, as well as in front of the aircraft.”

The gyroplane will be operated by BeyondHD, a film company based at Pinewood Studios, whose boss, Keith Harding is seen above with Speich.

“We wish them good luck with the aircraft, and look forward to seeing the aircraft operating commercially,” said Speich. “This is the only gyroplane in the world with a full ICAO-compliant commercial C of A, and we are together forging a path into the future.”