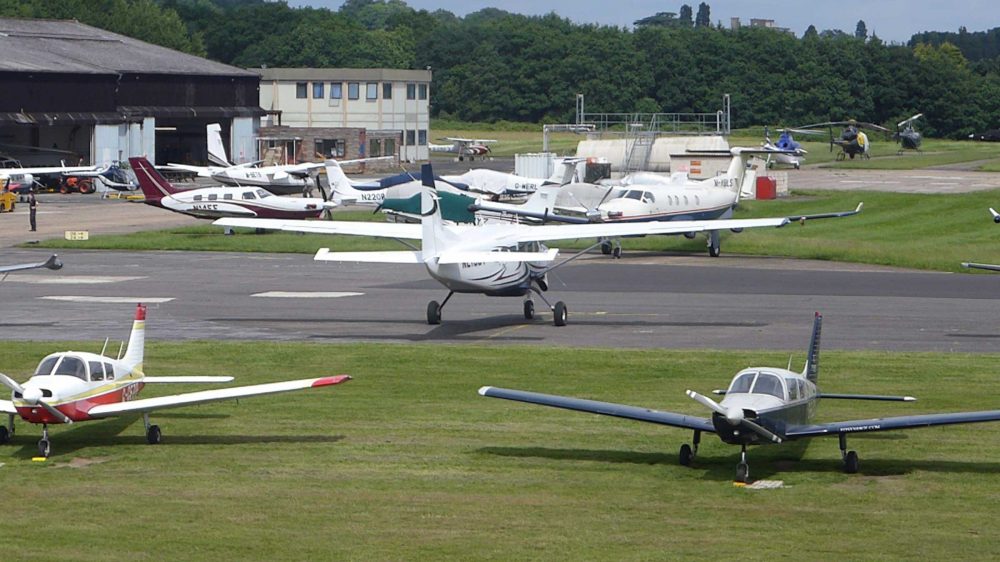 Fairoaks Airport in Surrey is facing a new challenge from property developers just two years after beating off a plan to build a garden village on the site.

Westcore Europe, a property developer which manages some of the buildings at Fairoaks, is reported as leasing the tower and some office and hangar space to a film set company already based at the airport.

Tower staff and owners with aircraft in the hangar, have been told to vacate by the end of February 2022 though we understand that negotiations are continuing.

Fairoaks Airport lies within the London TMA so some form of tower is required by the CAA. It’s also one of the few airports in the south with a hard runway and hangar space, meaning it’s going to be difficult for aircraft owners to relocate.

It appears the airport management is considering other ways to supply the tower function, possibly by erecting a temporary tower on the apron.

However, critics of the idea have told FLYER that there will be a loss of hangar revenue with aircraft owners leaving, loss of fuel income, and the suspicion is that the airport is being rundown deliberately.

FLYER has contacted Westcore Europe for a briefing on its plans for the airport, but nothing is so far forthcoming.

We also understand that the CAA’s new Airfield Advisory Team, set up by Secretary of State Grant Shapps, has also been contacted. The AAT has already intervened in the planning application to build on Coventry Airport.

Thanks @WestcoreEurope for kicking out all the Aircraft and ATC staff at Fairoaks airport. After February no more @UKScouting @aircadets @Girlguiding tours.Since 2001 almost 10000 potential young aviators have been through the Hanger doors and visited the tower. @Flyer_Magazine pic.twitter.com/fr0PqbjmbM