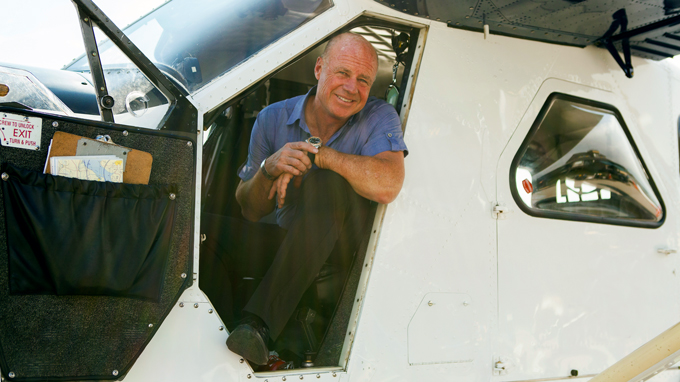 The airline owner who is turning his business into the first carbon neutral airline in North America has been recognised by the Honourable Company of Air Pilots (HCAP) in its annual awards.

Greg McDougall of Harbour Air, in British Colombia, Canada, is to receive the Award of Honour for his leadership and determination in developing a fleet of electric-powered aircraft.

HCAP’s Trophies and Awards are selected by people in the aviation industry with years of experience in military and civil aviation. The awards are traditionally presented at London’s Guildhall on the last Thursday of October. However, this year the event has had to be postponed and is now planned to take place in mid-February next year.

Other award winners include:

Master Aircrew Tudor Haines, an exceptionally experienced crewman with more than 5,000 flying hours, has proven himself to be a pillar of the RAF Chinook Force. Having joined the force in 2000, he has flown around the world including in support of Special Forces operations.

Test pilot Ben Lewis is recognised for his exceptional leadership of RAF Chinook upgrade programmes over the past 10 years, firstly as a Royal Navy Pilot and latterly as the Deputy Chief Test Pilot for aircraft-maker Boeing in the UK.

32 (The Royal) Squadron RAF, which flies members of the Royal Family, Government Ministers and senior military leaders, and has done so for the past 50 years

The Hanna Trophy, awarded in memory of legendary air display pilot and former Red Arrows leader Ray Hanna, goes to Air Marshal (Retired) Cliff Spink. One of the most recognisable and long-standing warbird pilots, Spink is best known for an enduring association with the Spitfire. A former senior Royal Air Force commander and fast jet pilot, Spink is believed to be the only living pilot to have flown all the airworthy marks of the iconic fighter before drawing the curtain on his display career in 2019.

The Award for Aviation Journalism goes to Tim Robinson, editor of Aerospace International, the magazine of the Royal Aeronautical Society, for his contributions to covering the industry.

A full list of awards recipients is available here.