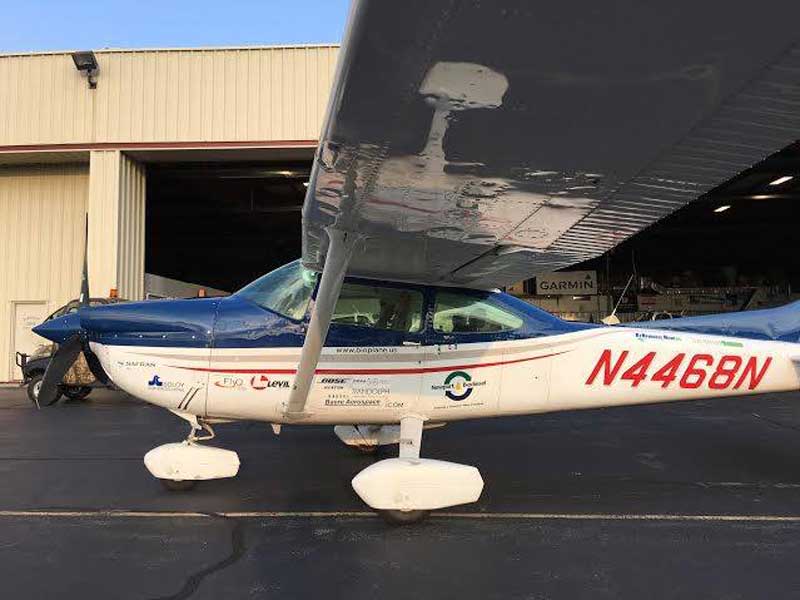 The world’s first Aeroplane Efficiency record has been submitted to the Fédération Aéronautique Internationale (FAI), the body which governs air sports including records. The record is for an efficiency of 15.1 nautical miles per US gallon – that’s 3.98nm per litre or 9km per kg of fuel.

The claimed record was set by Ross McCurdy, a teacher, and Thierry Saint Loup of SMA Engines, flying a Cessna 182 equipped with a SMA turbodiesel aero engine. They took off from Essex County airport in New Jersey on 12 July and flew a triangular course of 848nm. It was completed in 9.1 hours using 56 gallons of jet fuel.

The flight was completed near max gross weight in a standard, FAA certified configuration without any modification that would have required placing it in experimental category, said the team. The SMA engine produces 230bhp and is installed in the 182 under an STC available from Soloy Aviation.

“This world record also demonstrates the potential of aviation biofuels and all renewable energy, as the flight was completed using 50% biofuel from the Camelina plant seed oil.”