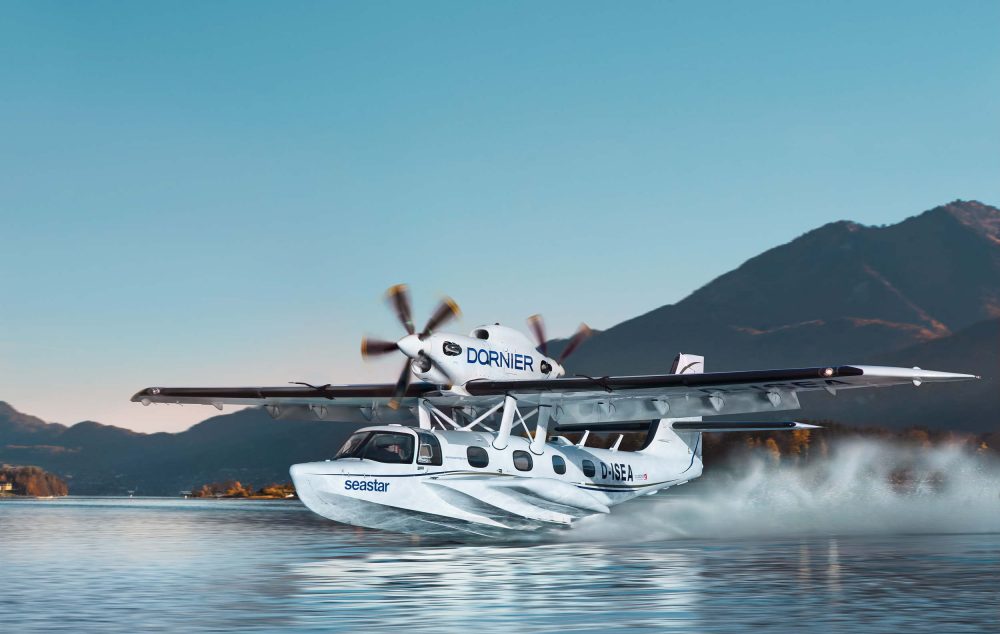 +VIDEO Dornier Seawings has raised an additional €150m from shareholders to further develop its Seastar CD2 amphibious aircraft and build a production facility.

The new generation Seastar prototype came out of the existing plant in August 2017, and is currently undergoing design changes and certification tests. The new Seastar will have outstanding combination of high speed, range, load, safety and low maintenance costs, says the company.

The Seastar is powered by two Pratt & Whitney PT6 turboprop engines with 5-blade MT propellers. They are mounted fore and aft on the centre, on a high wing. The all-composite fuselage is big enough to seat 12 as a commuter aircraft, or seven in VIP trim.

Dornier is now a German-Chinese joint venture and the new production facility is being built in Wuxi, China, in addition to the current production line in Oberpfaffenhofen, Germany.