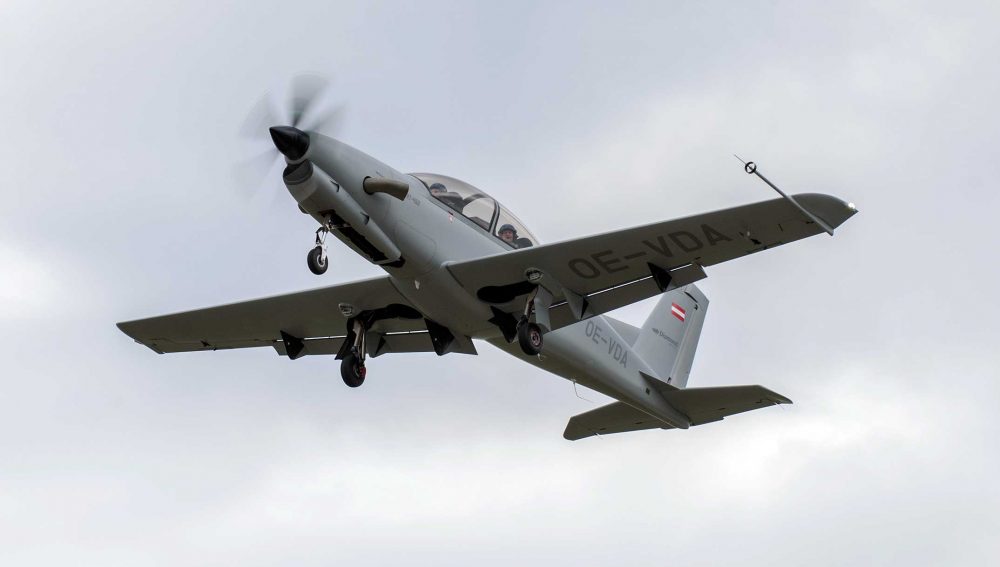 +VIDEO Diamond Aircraft has diversified yet again with the first flight of its new civil and military turboprop trainer, the DART-450. The aircraft reached speeds up to 200kt during the first 60 minutes of flight and is expected to have a top speed of 250 knots.

Within the first 60 minutes of flight time, speeds between 60 to 200 knots IAS were flown at various altitudes. Expected top speed is 250 knots TAS. Maximum endurance of the DART is 8 hours plus reserve.

Diamond Aircraft Chief Designer Clemens Knappert said, “We achieved our target from the first drawings to the first flight in one year. I’m already excited about what comes next.”