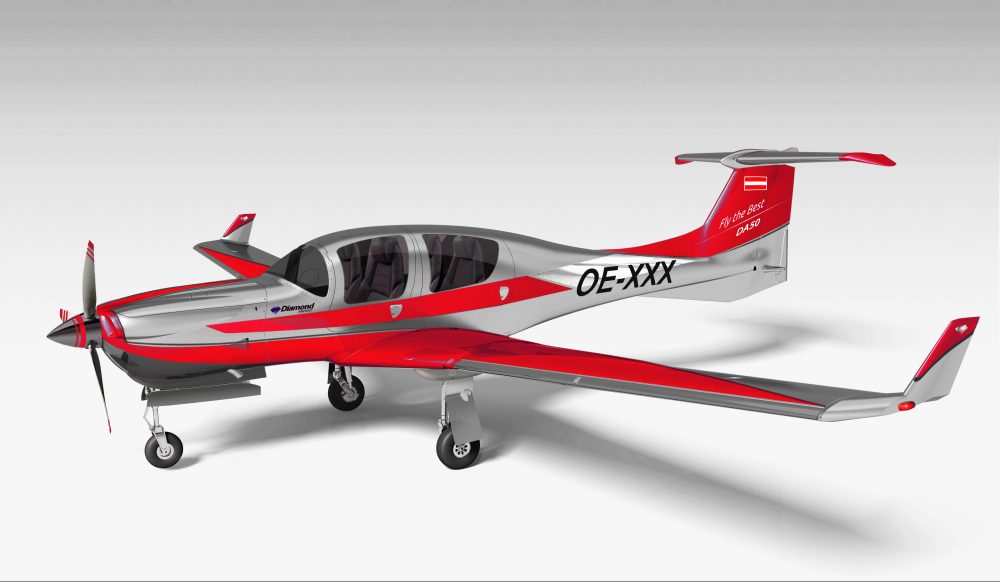 A prototype of the revised aircraft – believed to be aimed at the market established by the Cirrus SR22 – has already made its maiden flight.

“After careful consideration, we determined that the CD-300 engine aligns with Diamond’s jet fuel philosophy and that it is a suitable solution for our DA50 platform,” said Liqun (Frank) Zhang, CEO of Diamond Aircraft lndustries.

The DA50 equipped with the 300hp CD-300 Jet-A1 engine ran first ground tests on 15 March 2019. On 22 March 2019 the aircraft took off for its successful first flight, marking the official start of the flight test programme of the DA50. Performance data will be provided later this year.

Diamond Aircraft is aiming to achieve basic EASA certification of the DA50 by summer 2020.