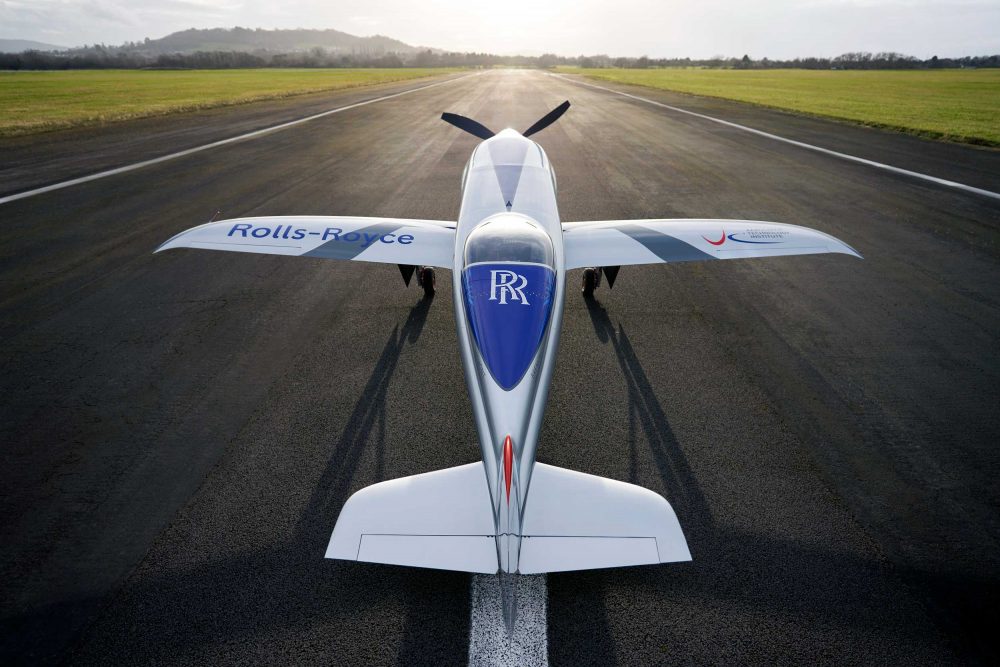 Rolls-Royce and flying charity fly2help have launched a competition to design the helmet that test pilot Phill O’Dell will wear when he makes an attenpt on the world speed record for an electric aircraft.

Rolls-Royce is developing an all-electric paircraft that will be aiming for the record books with a target speed of 300+mph.

The competition is open to young people with two categories: one for ages 5 to 11 and one for ages 12 to 18. The winners will have their design jointly inspire the final design applied to the helmet.

The winners will also get the opportunity to see the pelectric aircraft for themselves and meet Rolls-Royce test pilot and director of flight operations Phill O’Dell and the wider engineering team.

Phill O’Dell said, “The opportunity to fly our all-electric ‘Spirit of Innovation’ aircraft for the world-record attempt will be the pinnacle of my career.

“Not only because it represents being at the forefront of advanced electrical technology, but because of the fantastic opportunity it gives us to inspire the next generation of aviation pioneers.”

We’re calling for the next generation of aviation pioneers to design the helmet our test pilot will be wearing when we go for the world speed record of our all-electric ‘Spirit of Innovation’ aircraft. Working with @fly2help find out more: #ACCEL #NetZerohttps://t.co/iAYyqsbo2x pic.twitter.com/ahtDb1wUxn

Rolls-Royce says it recognises the importance of engaging young people to consider careers in STEM (Science, Technology, Engineering and Mathematics), with more than 1,400 STEM Ambassadors and partnerships with organisations such as the Scouts and Code First Girls.

Phill added, “The Spirit of Innovation aircraft will be one of a kind, so it is only fitting that the helmet I wear should also be unique, reflecting the pioneering nature of the project.

“I have worked with fly2help for many years to showcase the exciting career options available in aviation, so it made sense to work with them on this competition.”

Charity manager of fly2help, Sharon Walters, said, “We are delighted to be supporting the Rolls-Royce ‘Design a Helmet’ competition. The all-electric world-record attempt is an incredible opportunity to demonstrate the exciting opportunities in aviation which is a key aim of fly2help as we look to encourage children’s future career ambitions.”

The aircraft, named ‘Spirit of Innovation’, will have the most power-dense battery pack ever assembled for an aircraft, providing enough energy to fuel 250 homes or fly 200 miles (London to Paris) on a single charge.

Get a move on! Entries must be in by 28 April 2021. Send by email to helmetcompetition@fly2help.org