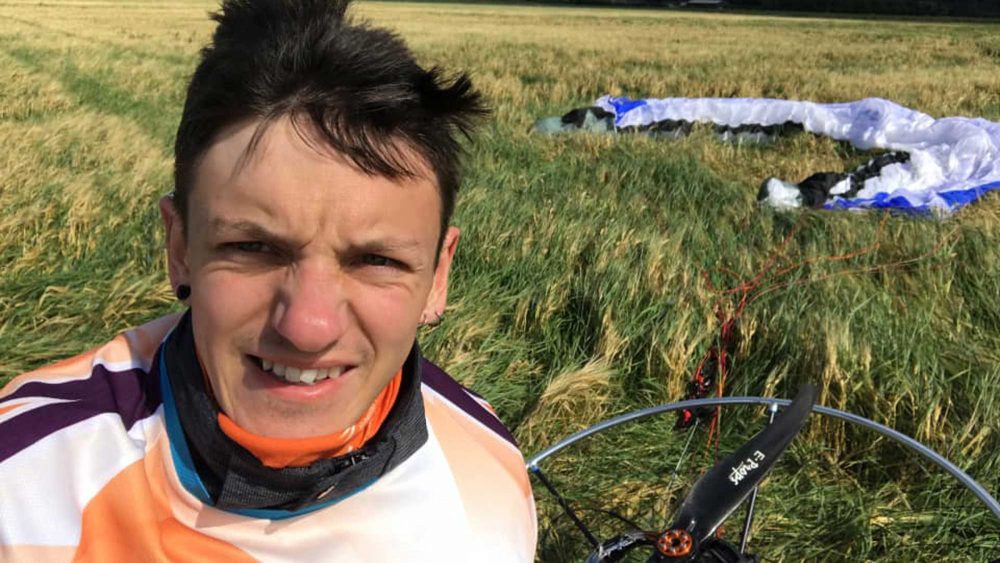 A paramotor pilot who flew the length of Britain to raise money for Alzheimer’s Research has shared a set of amazing photos of the trip, many taken from the air.

Dan Jones, aged 27 and a photographer from Norwich, told the BBC, “Being up there and seeing it with your own eyes is beautiful and totally different – the landscape just did it all.”

The BBC photo report is here.

The flight was a tribute to his grandparents who both died with dementia.

“No-one should have to go through what they went through,” said Dan. “Dementia is such a dreadful disease – you wouldn’t wish it on your worst enemy.

The journey involved more than 35 hours of flying, with his 67-year-old father Alan Jones driving a support vehicle.

Dan’s target was £2,021 but by 31 August he had raised nearly four times as much. You can donate to Dan’s charity fund here.

Take part in The 2.6 Challenge to support Aerobility