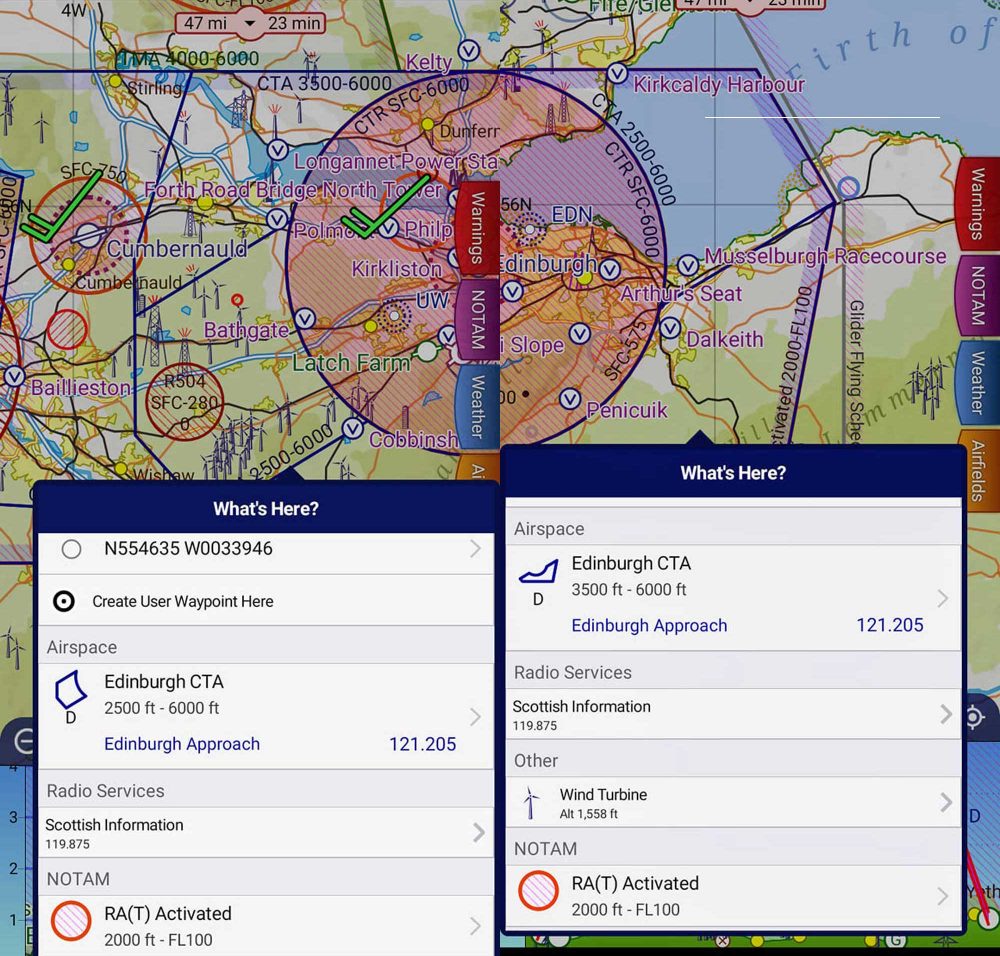 The huge area of temporary restricted airspace sitting over the middle of Scotland during the COP26 climate conference has highlighted a flaw in the UK’s Notam system. It could lead to an accidental infringement by a pilot.

The error was picked up by FLYER contributor and active pilot Paul Kiddell when he was planning a flight using SkyDemon (image above). Paul contacted SkyDemon’s Tim Dawson who immediately (on Saturday morning) manually amended the SkyDemon graphical Notam warning.

However, the 2000ft base is showing in Garmin’s Pilot app and other flightplanning apps which base their graphical displays on the Notam data.

Drone operators are similarly affected and could inadvertently fly into controlled airspace.

The issue has come about because of the way that the NATS Aeronautical Information System (AIS) supplies data in Notam, converting AGL (Above Ground Level) to AMSL (Above Mean Sea Level). That, in turn, misleads an app attempting to display restricted airspace.

This doesn’t fit well with the CAA’s own advice that pilots use a moving map (such as SkyDemon or Garmin Pilot) to avoid infringing airspace.

“Using Moving Maps not only gives pilots a profile along the planned route showing notified airspace along, above and below the route but it offers other airspace warnings of unusual aerial activity,” says the CAA on its Airspace Safety website.

It has been suggested that a ‘quick fix’ would be to amend the airspace notification to a simple SFC to FL100 (Surface to 10,000ft) which is clearly the intention of the restrictions.

UPDATE Monday 1 November, 1800: Outbreak of common sense. A new Notam issued: J4382/21 which changes the base level to SFC (Surface). However, there’s still some confusion because it’s in two parts. SkyDemon has updated its chart but other apps may not have picked this up. It’s important to go to the source material if in doubt.