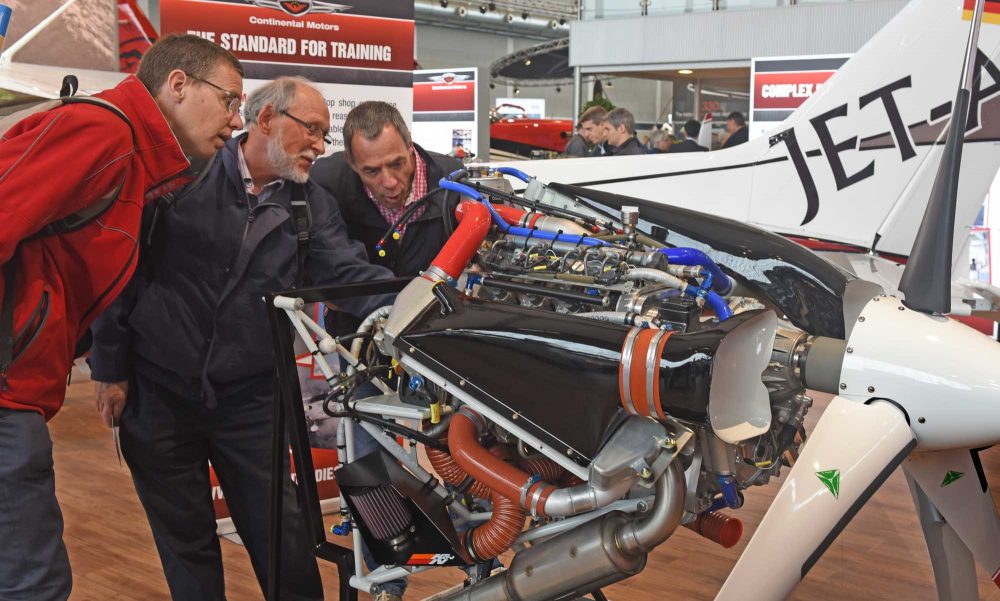 Continental Motors has extended the Time Before Replacement (TBR) of its two aero diesel engines, the CD-135 and CD-155, to 2,100 hours. The announcement was made today at AERO.

“The lifetime extension was possible due to several design improvements engineered in the last two years,” said Jurgen Schwarz of Continental Motors Group. “Through key improvements, continuous testing and field experience, both the CD-135 and CD-155 are now rated to a TBR of 2,100 hours. The TBR of the CD-155 increases from 1,200 hours to 2,100 hours, the CD-135 from 1,500 to 2,100 hours. In addition, the gearbox and timing chain will be rated for 1,200 hours once EASA issues the final paperwork for these components.”

The increase in TBR comes on the back of an earlier announcement by Continental that the CD-100 range of aero diesel engine has now passed 5 million flight hours since the first one was delivered back in 2002. Back then, the engine was known as Thielert. It became Centurion before Continental Motors bought the company in 2013. Continental is also claiming market-leading reliability for the diesel engine, in use by many flight schools.

More than 4,750 Continental diesel engines have been delivered since the start of series production in 2002, more than any other diesel aircraft engine. The Chinese-owned company expects to exceed 5,000 engines by the end of 2016.

“In the last nine months, the cumulative flight time logged by end-users has risen by half a million hours to 5 million hours, a figure that shows just how intensively these engines are being operated by Continental’s loyal diesel customers,” said Jurgen Schwarz.

“As a result of continuous product development and improvement we have also increased product dependability significantly with just 1.1 unscheduled maintenance actions per 1,000 hr. Therefore, we can also claim the highest reliability rate for an aircraft piston engine.”

The engine, available with either 135hp or 155hp, is in use by many flight schools flying aircraft such as Diamond DA40 and DA42, Robin DR400 EcoFlyer, and Cessna 172s and Piper PA-28s fitted with retrofit conversions. Flight school aircraft tend to fly more hours than private aircraft and so the average annual figure is more than 250 hours – 1,000 hours in certain flight schools – nearly three times higher than the average General Aviation engine.

Continental quotes FAA statistics which say that engines used in General Aviation experience an average of 10 engine failures or engine-related in-flight shutdowns (IFSDs) in 100,000 flight hours. Since its launch, the IFSD rate for Continental diesel engines has been less than half of the GA average and has steadily decreased year over year. The most recent CD-155 engine shows only 1.57 IFSD due to improved field quality.