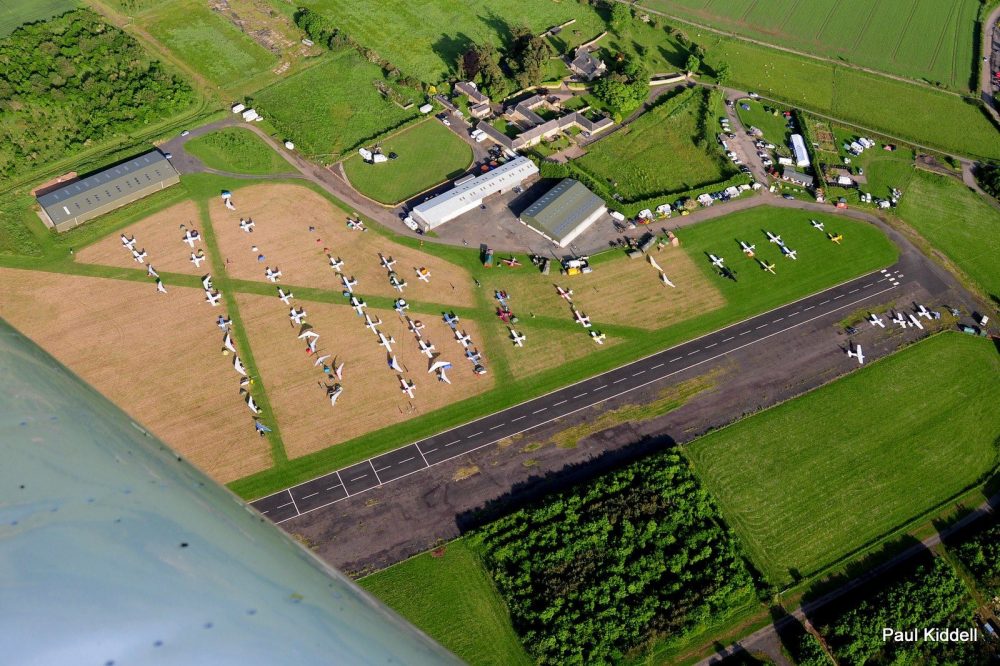 Eshott Airfield’s Commemorative Fly-In on 12-13 June 2021 to mark the 80th anniversary of Sneum and Pederson’s escape from Nazi occupied Denmark in a Hornet Moth.

Just before midnight on the night of 21 June 1941, Danish navy pilots, Thomas Sneum and Kjeld Pederson escaped from Nazi occupied Denmark in de Havilland Hornet Moth OY-DOK and flew for 6 hours, 600 miles across the North Sea to Northumberland.

They had secretly returned the stored and dismantled Hornet Moth to flight in a barn and the first time they were able to run the engine was on take-off for England. Over the North Sea, Sneum had to climb on the wing to unscrew the fuel cap and insert a tube so they could refuel from the cabin.

They arrived over Coquet Island in the early hours and were spotted by Royal Observer Corps lookout David Baston. They were soon intercepted by Spitfires from RAF Acklington and forced to land in a cornfield at Chevington near Eshott at 0530hrs.

Though they were initially thought to be German agents, they had brought with them the very first pictures of the new Top Secret German Freya radar system which convinced the authorities, including top Military Intelligence Scientist Dr RV Jones, of their innocence.

Sneum was later to return to Denmark by parachute as an SIS agent but when compromised, again escaped to the UK and ended up flying Mosquitos in a UK based Norwegian Mosquito Sqn. Pederson went onto fly Spitfires in the RAF – both survived the war.

To commemorate this incredible event, Eshott is hosting a fly-in on 12-13 June with food and camping. There will voluntary donations to charity in lieu of landing fees.

Please contact us through the website or Facebook for PPR with estimated arrival time. Unfortunately on this occasion it is unlikely that we will be able to invite public spectators, but keep an eye out soon for some ticketed events!

September’s LAA Rally is definitely… ON!