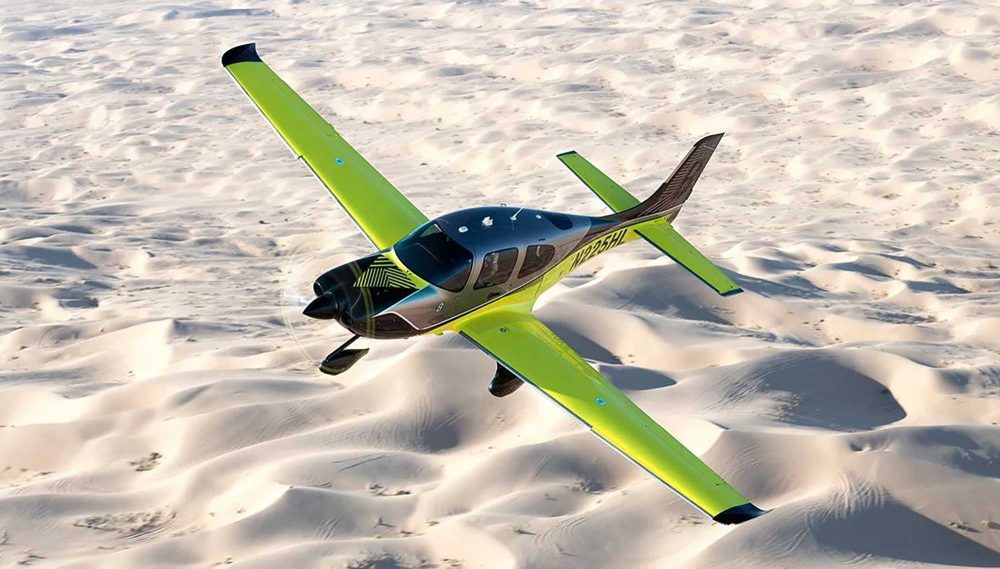 Cirrus Aircraft’s SR Series has been the world’s best-selling single-engine piston for 18 years in a row – and later this year, the US company will deliver its 8,000th SR aircraft. How to celebrate? Launch the 8000 Limited Edition SR Series.

The aircraft really is a limited edition with just eight being made and delivered, wearing a bold paint scheme and equipped with a lush interior.

“The SR Series has an incredible history of innovation, evolution and invention,” said Zean Nielsen, CEO at Cirrus Aircraft.

“Our team took that as inspiration to create a Limited Edition that breaks out of the boundaries of traditional aircraft design to reflect the energy and excitement of where we are going next.”

The 8000’s design is “accentuated by an industry-first Volt wing paint scheme, commanding attention on the ground and in the air. The unmistakable graphics and colors carry through into the interior with Volt stitching on the seats and embroidery on the door, and luxury perforated leather on the seats and throttle”.

The first SR was delivered in 1999, the SR20, followed by SR22 and turbocharged SR22T. As well as topping 8,000 deliveries, the SRs will also exceed 11 million flight hours in total around the world.