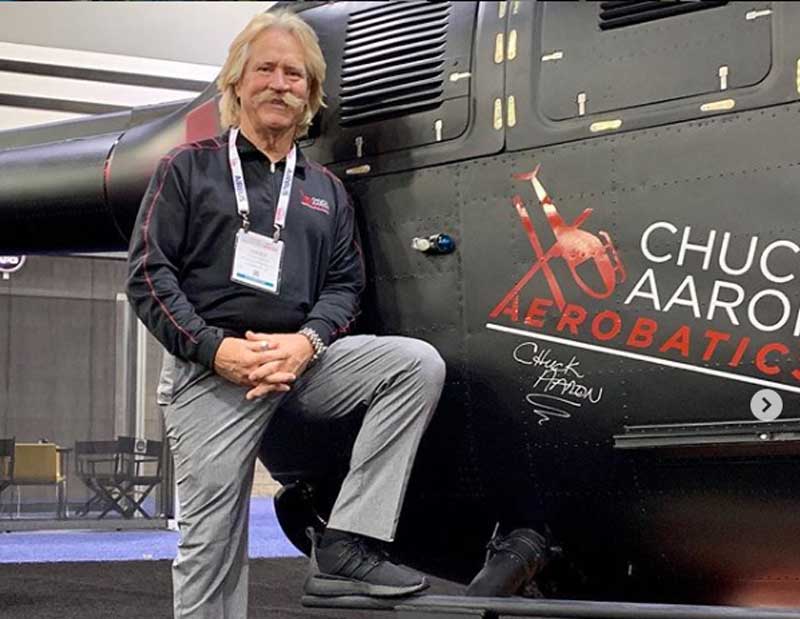 +VIDEO Legendary helicopter pilot Chuck Aaron is to open a helicopter aerobatics flight school in the US.

The flight tuition will be in Aaron’s modified MBB Bo.105 helicopter, one of two owned by Red Bull and flown by Aaron. The helicopter is certified for aerobatics.