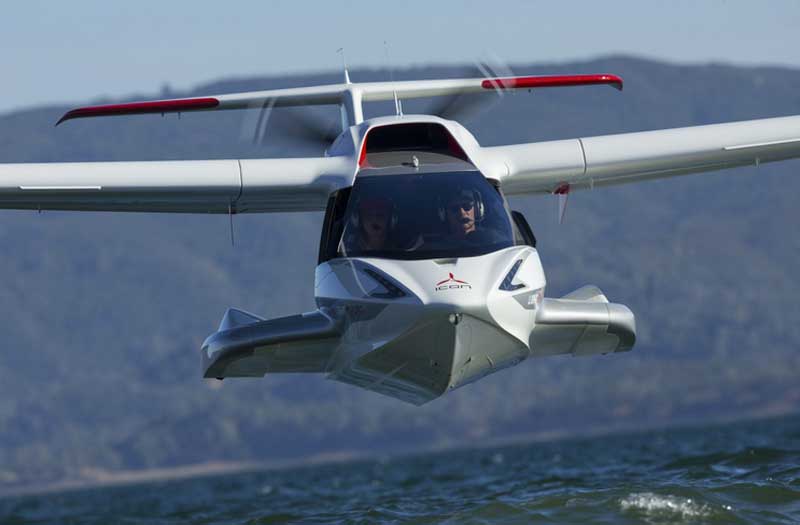 Two employees of Icon Aircraft including the chief test pilot were killed when an Icon A5 crashed on the shore of a lake in California yesterday.

Jon Karkow, 55, took the Icon A5 from the first flight of the first prototype, in July 2008, through flying the first production aircraft, ESN-1 in 2014, to deliveries of customer aircraft. He’s credited with refining many of the A5’s features, and its nimble handling and forgiving nature.

The other person killed in the accident was Cagri Sever, 41, who jojned the company recently. Few details of the accident have been released so far. It appears from photos to have struck the shore of Lake Barryessa, in Napa, where Icon trains West Coast pilots on the A5.

“It is with great sadness that I write this. Earlier today, two ICON Employees were killed in an A5 accident while flying at Lake Berryessa, CA. We have no details on the cause of the accident right now and the names of the victims have not been released publicly. The NTSB and FAA have been notified and ICON will be working closely with them to fully support their investigation.

“This was a devastating personal loss for many of us. Once arrangements have been made with all the families involved we will let you know more. Please hold your calls and requests for a brief period while we work through this tragic event with the family members and employees. The thoughts and prayers of our entire organization are with the families of both people onboard, they were both truly amazing individuals.”