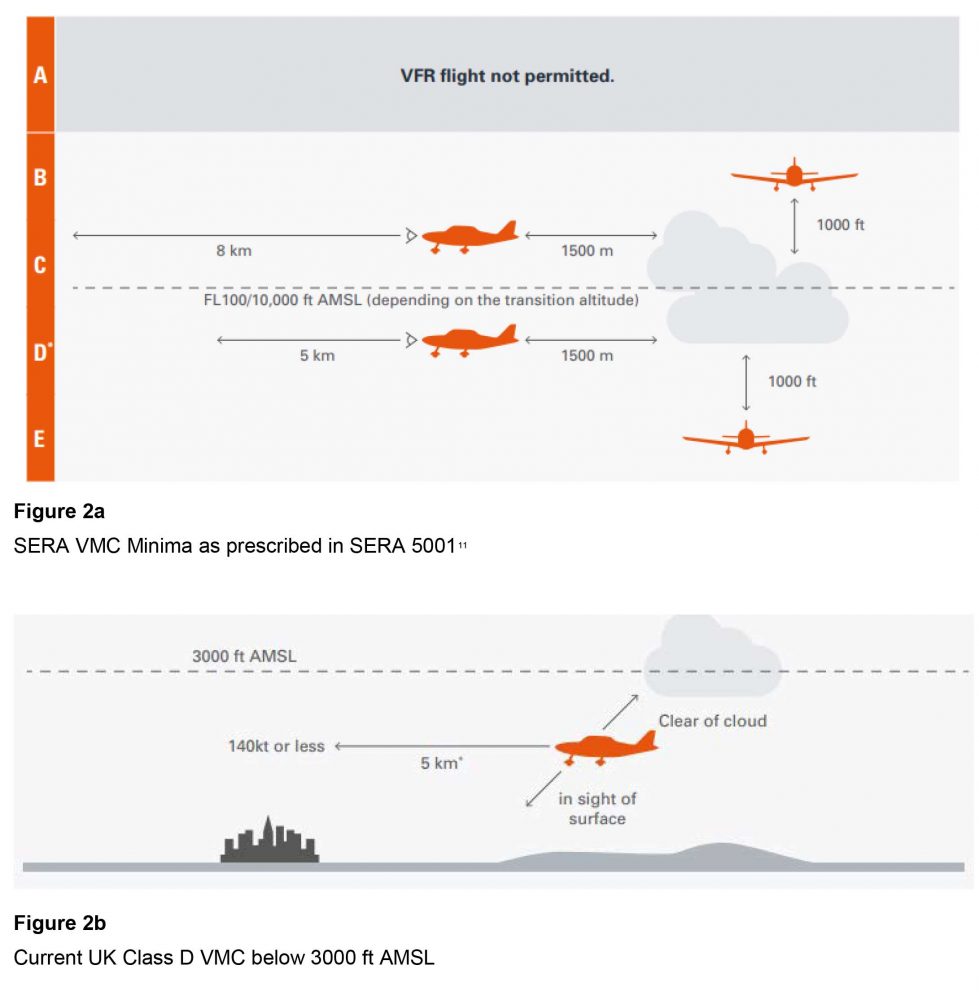 “In increasing the vertical distance from cloud requirement, they will encourage GA pilots who wish to transit Class D to either go lower or go around it altogether. Both these clearly increase the risk involved,” said Lord Kirkhope of Harrogate, Parliamentary Chair of the APPG-GA’s Airspace working group.

“In our opinion, the CAA’s approach to this change is deeply flawed.”

The new measures proposed by the CAA are designed to bring the UK into line with Standardised European Rules of the Air (SERA).

Currently, the UK has an exemption on minima specified in SERA to allow flights in Class D to simply remain clear of cloud. New rules would mean pilots would need to stay at least 1,500ft below cloud if they wish to remain VFR in a control zone.

The CAA’s solution would be to encourage increased usage of Special VFR (SVFR) procedures. Their preferred option would be to amend these procedures so air traffic control (ATC) units would no longer have to separate SVFR traffic from other SVFR traffic when visibility is greater than 5km at the controlling airport.

Grant Shapps MP, chair of the APPG-GA, said, “Whichever way you cut it, increased use of SVFR is going to increase the workload on ATC and pilots alike.

“If these proposals go ahead, we are likely to see greater numbers of refusals for GA to enter controlled airspace, creating a greater risk of mid-air collisions in the choke points which exist around in the UK’s crowded airspace.

“The CAA’s own analysis shows the cloud ceiling is at or below 3,000ft for 73 per cent of the time in the UK. It should be recognised that the weather on our island is different from most other countries in which SERA are applied. Removing the current exemption is an unhelpful rules tiding exercise, which will disproportionality disadvantage light GA.”