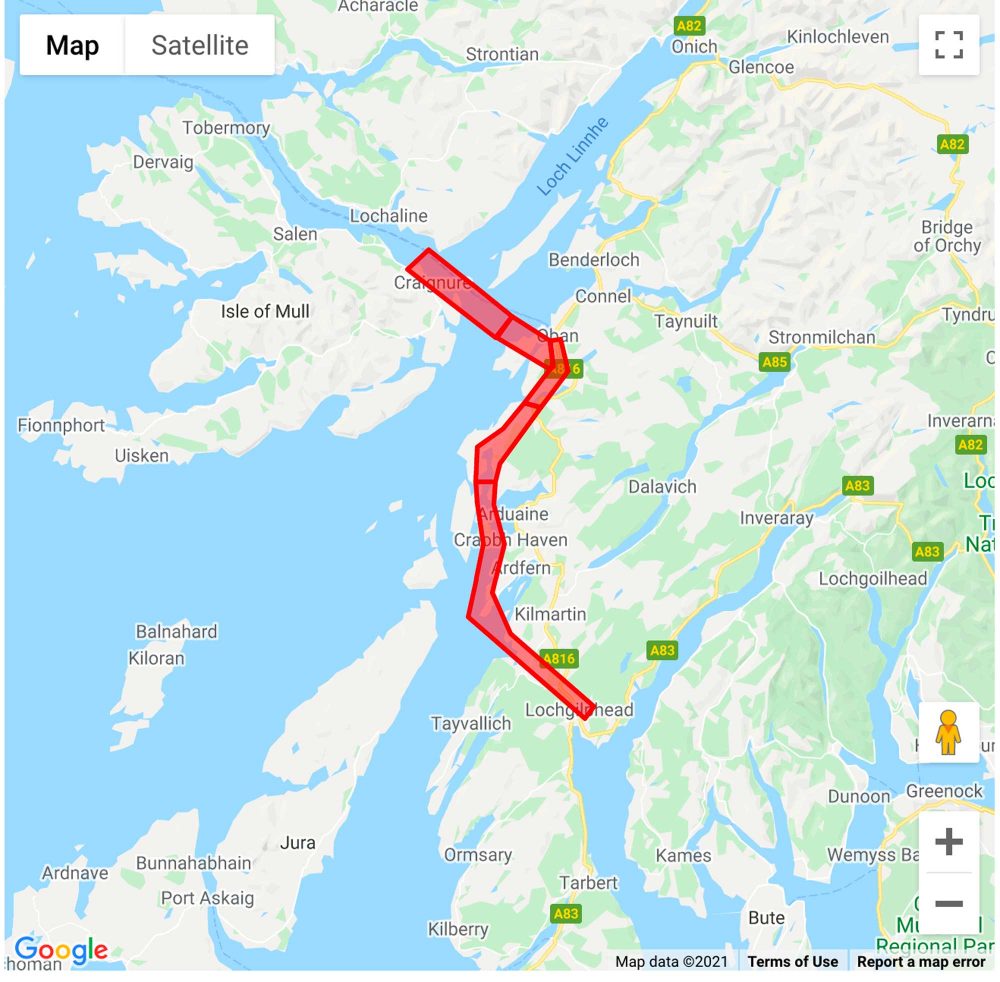 The CAA has approved the first of two applications for Temporary Danger Areas (TDAs) for drone operations on the west coast of Scotland near Oban.

A TDA complex will operate from Oban to Lochgilphead, with a spur north-west to Craignure on the Isle of Mull. The application was made by Skyports, a drone operator.

The temporary change will be implemented from Monday 8 February to Wednesday 31 March 2021 (inclusive).

The CAA has imposed restrictions:

Skyports’ Head of Regulation, Simon Whalley, said, “We will be collating, monitoring and reporting regularly to the CAA on stakeholder feedback received during the period of the TDA, which can be provided to me (simon@skyports.net) and my colleague Ricky Bhargava (ricky@skyports.net) via email.”

There is a separate application for a TDA from Skyports, ACP-2020-099, covering Oban-Mull-Coll, which is at an earlier stage of the change process.