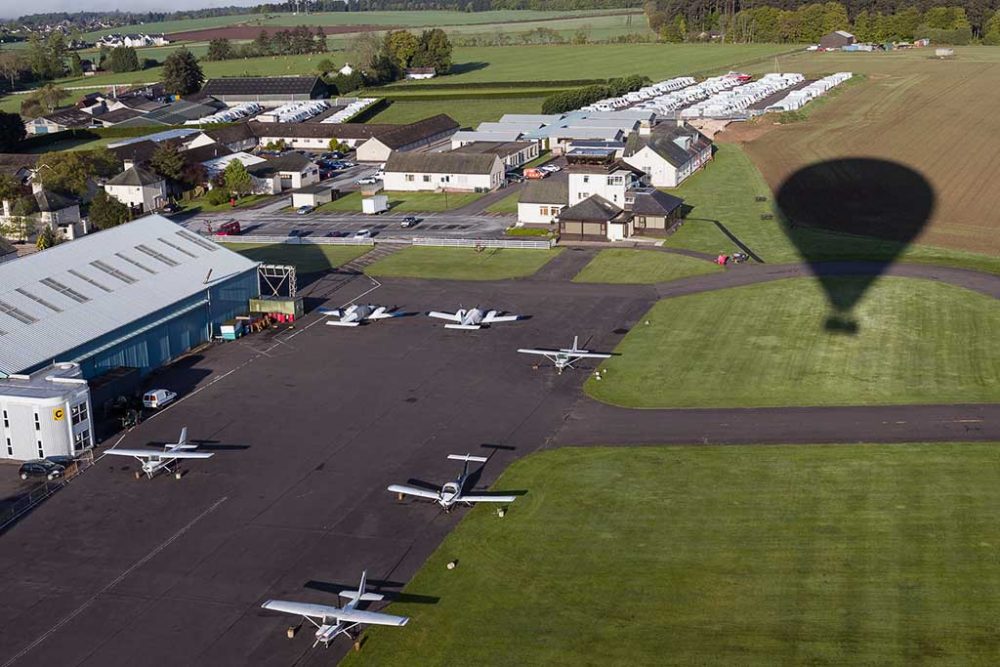 In eight months since, the business has grown from thirteen permanent members of staff to twenty. The extra staff are in every department, including flying instructors, airport agents and administrative, engineering and operations staff.

The three new aircraft added to the ACS fleet are two Cessna 152s and a Piper PA28-161 Warrior. A Diamond DA42 Twinstar is expected later this year.

If that’s not enough, the BBC is currently filming a new series of “Highlands Airports” at Perth Airport. The BBC will also film ‘Scotland From the Sky’ on 10 July 2017.

ACS Aviation managing director Graeme Frater said, “It has certainly been a very busy time since we took over here as operator at Perth Airport. We are rapidly developing as a real centre of aviation activity and excellence in Scotland, and are delighted that we are well on course to post a significant increase in turnover.

“Another new addition to our services is the Alsim AL42 flight simulator, an exact copy of the Diamond DA42. It represents a significant investment in the business, but we see this as essential.”

Other ACS Aviation services include maintenance, repair and continuing airworthiness management of most General Aviation light aircraft and commercial helicopters.