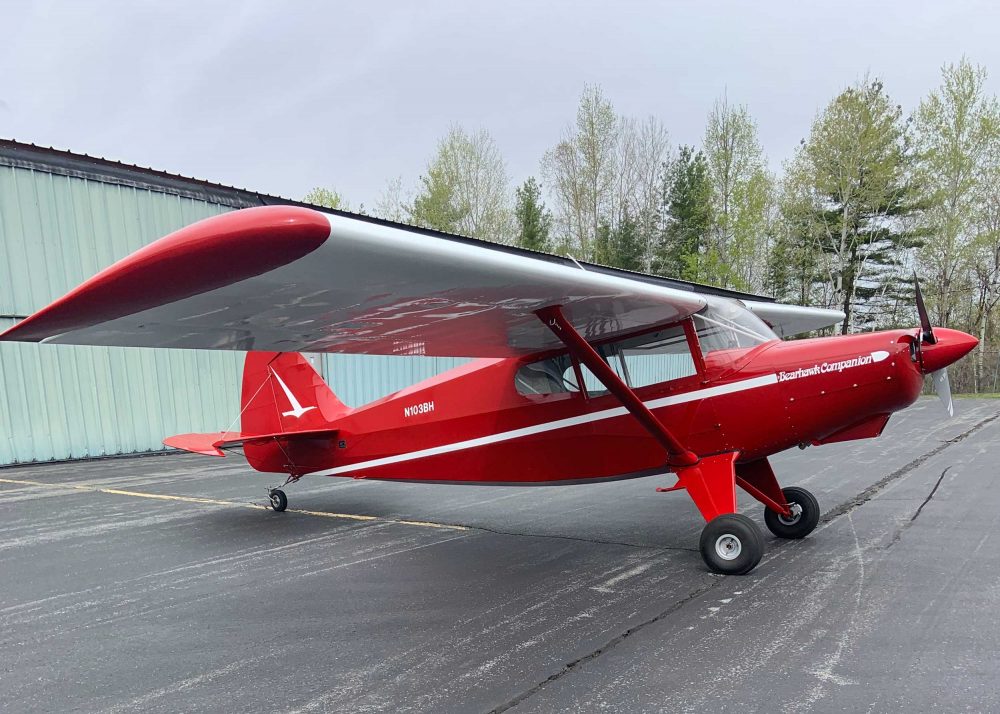 The first owner-built Bearhawk Companion, a side-by-side two-seat kit aircraft, has made its first flight.

The Companion from Bearhawk Aircraft of Texas, USA, is a marriage of the wings from the tandem seat Bearhawk Patrol and fuselage from the four-seat Bearhawk Model 5.

The first flight was performed by the aircraft’s builder Dave Lenart of Bethel, Vermont who completed the build from a manufactured kit. An experienced builder and mechanic, Dave has built two prior Bearhawk aircraft including four-seat and LSA models.

Working closely with Bob Barrows, creator of the Bearhawk lineup, Dave chose a 180hp Lycoming O-360 engine built by Bob as the power unit, with a Catto two-blade composite propeller.

The aircraft features flush-riveted aluminum wings, steel tube fuselage, and an airfoil shaped empennage. The two-place Companion handles and performs much like the narrower Patrol. A slightly shorter fuselage makes it sportier than the ‘pickup’ styled Bearhawk four-seater.

According to Dave, “The shorter nose of the Companion makes taxi visibility very good. With full fuel of 50 gallons, the aircraft has proven very stable.”

He noted that a clean stall is at 42 knots indicated, and 38 knots with full flaps. Its design cruise speed is 126kt, reported as being met, and it has a payload target of 1,070 lb. The aircraft was engineered by Bob with STOL characteristics in mind.

The Companion was launched in August 2019, with first kit deliveries in January 2020.