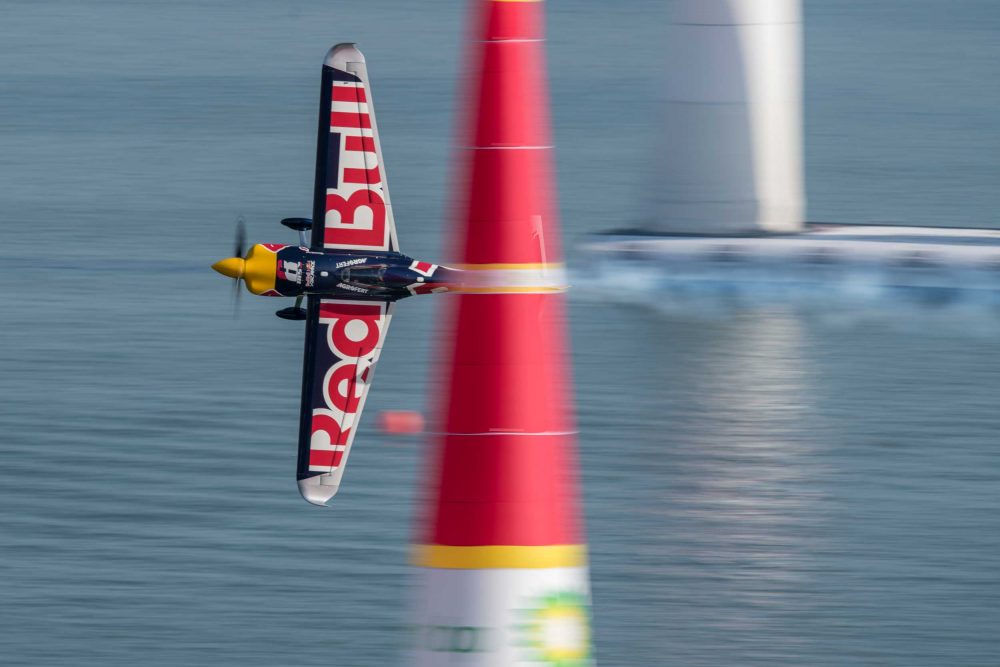 The weekend’s race in Kazan, Russia was another shake-up with Czech pilot Martin Sonka struggling during qualifying but then winning in the final.

Sonka entered the Final 4 with the pressure piling up. Kirby Chambliss and Michael Goulian – first and third in Kazan in 2017 – as well as Spain’s Juan Velarde all logged times under 53 seconds.

It was all up to Sonka, and split times were neck-and-neck, but in the end Sonka pulled off 52.123s, outpacing Goulian by just 0.115s for the win and a jump up the overall leaderboard.

Britain’s Ben Murphy was just outside the Final 4 and came 5th – his best result since moving up to the Master Class.

The day was not so happy for defending world champion Yoshihide Muroya of Japan, or for the man who had arrived in Kazan at the top of the overall standings, Australia’s Matt Hall, as both ended their day in the Round of 8 due to penalties.

The result boosts Goulian, the most consistent pilot of the season with four race podiums and five Final 4 appearances, back to the top with 55 points, while Sonka and Hall are now tied for second in the points at 49.

“This was definitely one of the most difficult races we have ever experienced because we were struggling with everything here. Nothing was working for us, so it was a great team effort to put it together today. All the work that went behind this result makes it even better,” said Sonka.

The Red Bull Air Race goes back to its roots for the next race with the first Austrian stop since 2016. The showdown at Wiener Neustadt will also mark the last race in Europe before the World Championship moves to the United States for the final two stops of the season.