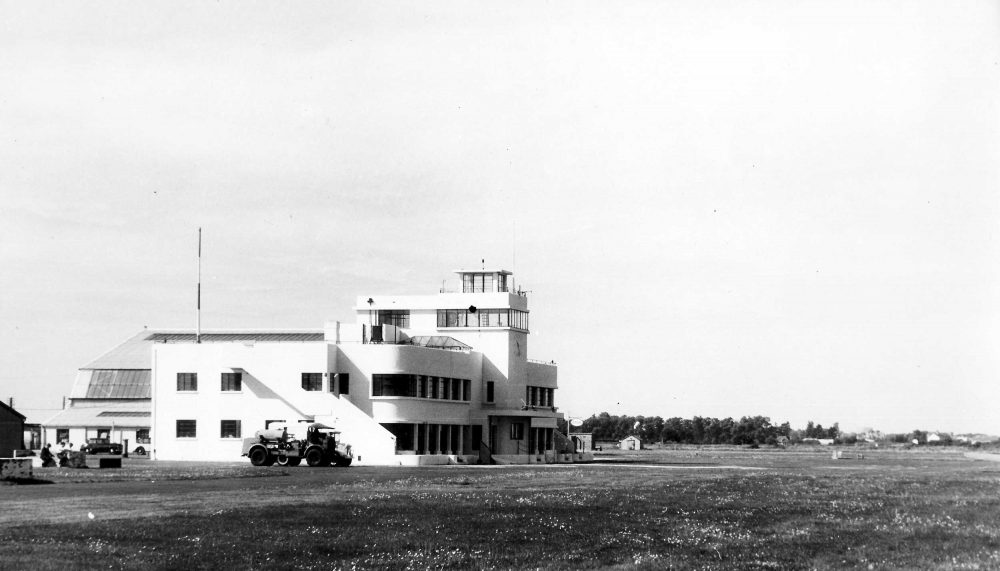 The art deco terminal building at Bright City Airport (Shoreham) is well known but did you realise that the hangar alongside is also a Grade II listed building?

It’s an original 1930s hangar that survived WWII bombing despite some damage. Historic England says the Municipal Hangar, “bears witness to the phenomenal growth of civil aviation in this period, a pioneering and audacious episode of considerable historic interest that is otherwise recognised in very few designated sites.”

The sympathatic restoration will be carried out over six months, with each roof being stripped and replaced in stages, alongwith the front fascia.